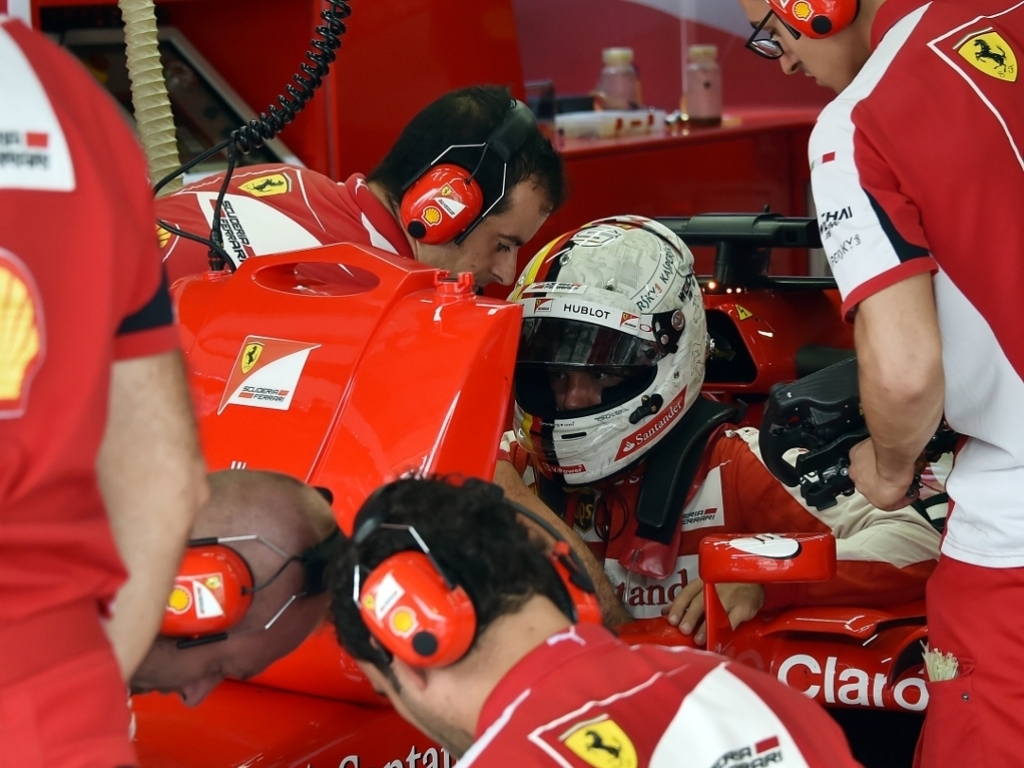 Sebastian Vettel admits Ferrari didn't really have much of a chance of beating Mercedes in qualifying for the Brazilian GP.

Merc once again locked out the front row of the grid at Interlagos with Nico Rosberg edging his team-mate Lewis Hamiton in Q3 while Vettel was again the best of the rest as he will start P3 after being 0.522s off the pole time of 1:11.282.

There was initially a glimmer of hope in the second qualifying session, but Vettel says they were never going to get close once Rosberg had a clean run.

"There was a bit of hope in Q2, but I saw that Nico made quite a couple of mistakes on his lap in Q2 so I knew that Q3 would be very difficult to get close," the German said.

"I think in the end we were able to improve the car from yesterday, which is the most important thing for tomorrow's race.

"Probably in the race we have always been a bit closer than on Saturday and hopefully we can confirm that tomorrow and put some pressure on them. If there's a chance then we will go for it."