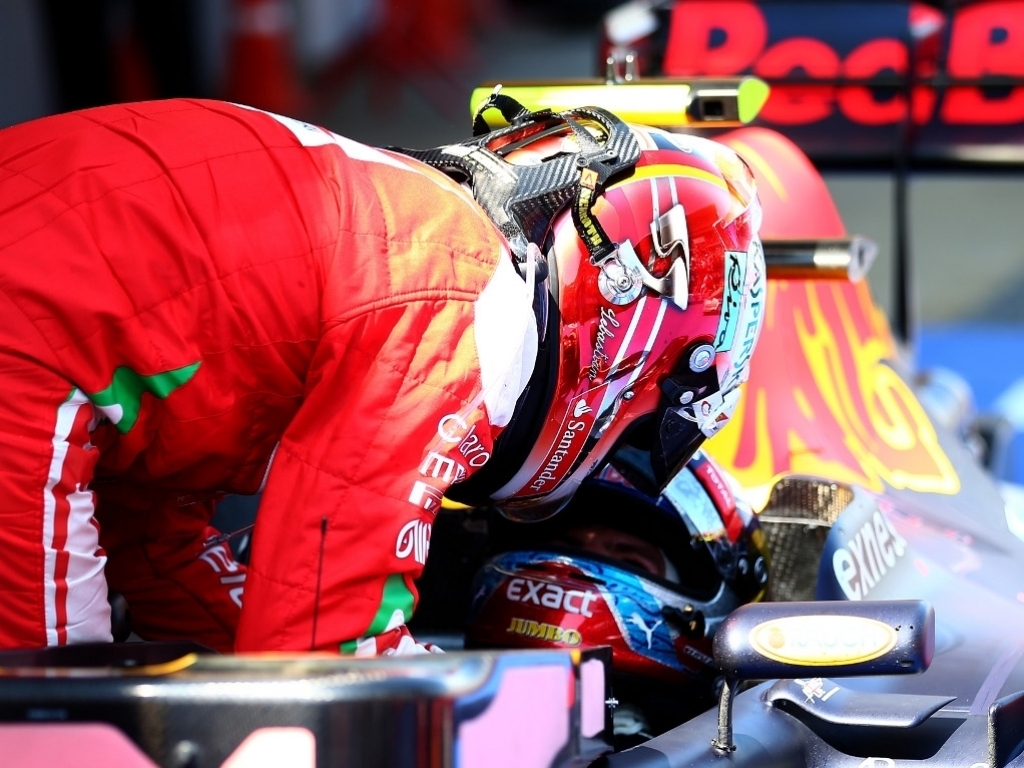 After the Hungarian Grand Prix concluded, Sebastian Vettel took a very neutral stance on the heated battle between Max Verstappen and his teammate Kimi Raikkonen.

Vettel believes that Verstappen's aggressive nature is a good trait to have in the sport but added that the penalties issued if one steps over the line at times can be harsh.

The quadruple Champion thinks that in time the youngster will be more composed on the circuit.

He also went on to say that Raikkonen is one of the fairest drivers on the grid so he cannot rule out whether the Red Bull driver overstepped the line or not.

"Look, I think we're here to race," he explained.

"One of Max's strengths is that he's very aggressive, obviously sometimes you overstep the line but I am against the whole policy of penalties and very complicated ruling. I think it's silly, I think people outside are laughing at us.

"For us it's tricky because there's not much we can do. I think he will calm down, give him a bit of time. But it's also one of his strong points – of course when you are behind him and he's moving here and there it's not great, and Kimi is one of the fairest guys in the field but that's how it is sometimes.

"The race is long, the season is long so I'm sure they'll meet again."

Vettel’s own race was mediocre at best as they couldn’t catch Mercedes or Red Bull’s Daniel Ricciardo. The German settled for fourth place.