Home Uncategorized Vettel: All the ingredients to stay on top 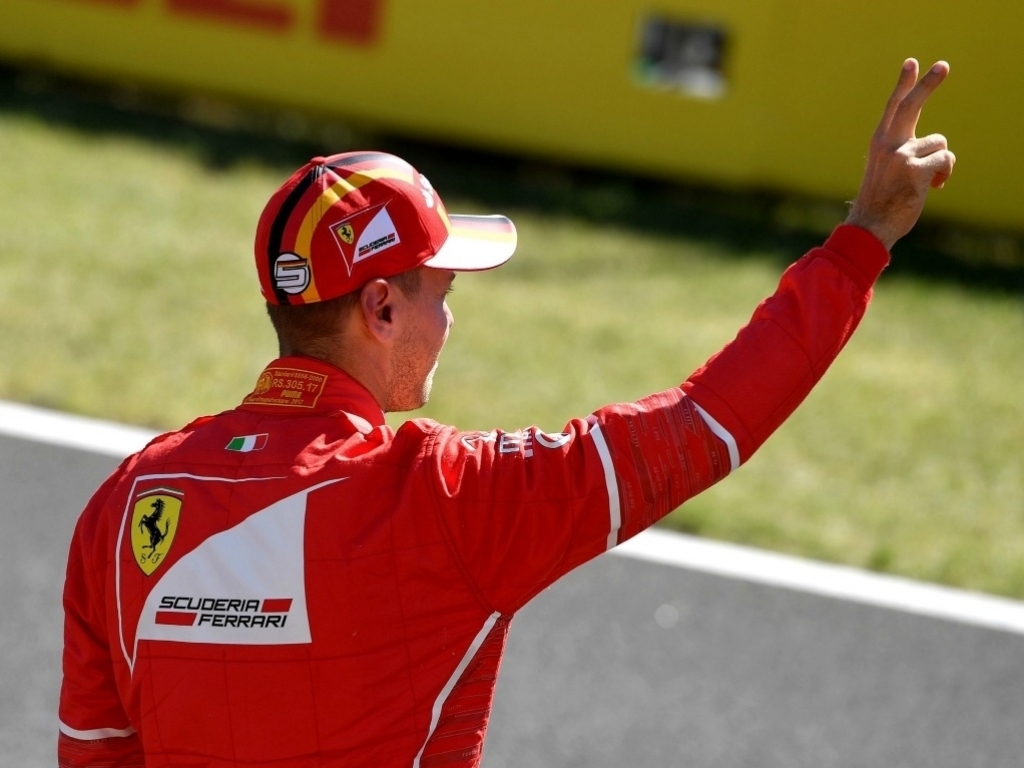 Although Sebastian Vettel acknowledges that there have been races were Mercedes “here and there have been more competitive”, he believes Ferrari have the ingredients to win the title.

With his lead slashed to just one point at Silverstone, where title rival Lewis Hamilton recorded a crushing defeat over Ferrari, Vettel bounced back at the following race in Hungary.

The Ferrari driver claimed pole position, the Scuderia’s first at the Hungaroring since 2005, and raced to the victory at the front of a 1-2 result for the Italian stable.

“The team is in a much better shape this year,” Vettel told Sky F1.

“If you have the right results coming your way you start to pick up a bit of momentum and so it’s up to us to keep it going.

“But I’m quite confident we have the right people, we know how to build a strong car, and we have improved the engine this year massively, so everything is going in the right direction.

“We will see in terms of time whether we will be ahead or behind but I’m confident we will be there and hopefully fight for a lot of big points.”

He added: “We have been competitive everywhere we went.

“Now, it’s true to also say Mercedes here and there have been more competitive and we have been a little bit behind. We know what the car needs. It’s normal that from track to track there’s a little bit of a difference but that’s not our target.

“We want to be the best on every track we go to and we’re working on it. We have quite a good understanding of what the car needs and now we have a bit of time to look into a couple of things in a bit more peace and calm. But the most important thing is we know what we need.”

And although Vettel headed into F1’s summer break with his lead in the championship up to 14 points, the German concedes it is not the summer break lead that counts.

“It’s more important to lead the championship after the last race but, if you could choose, that’s the position you want to be in [now too].

“You don’t want to be on the back foot. A long way to go but we have all the ingredients that we need to stay there.”