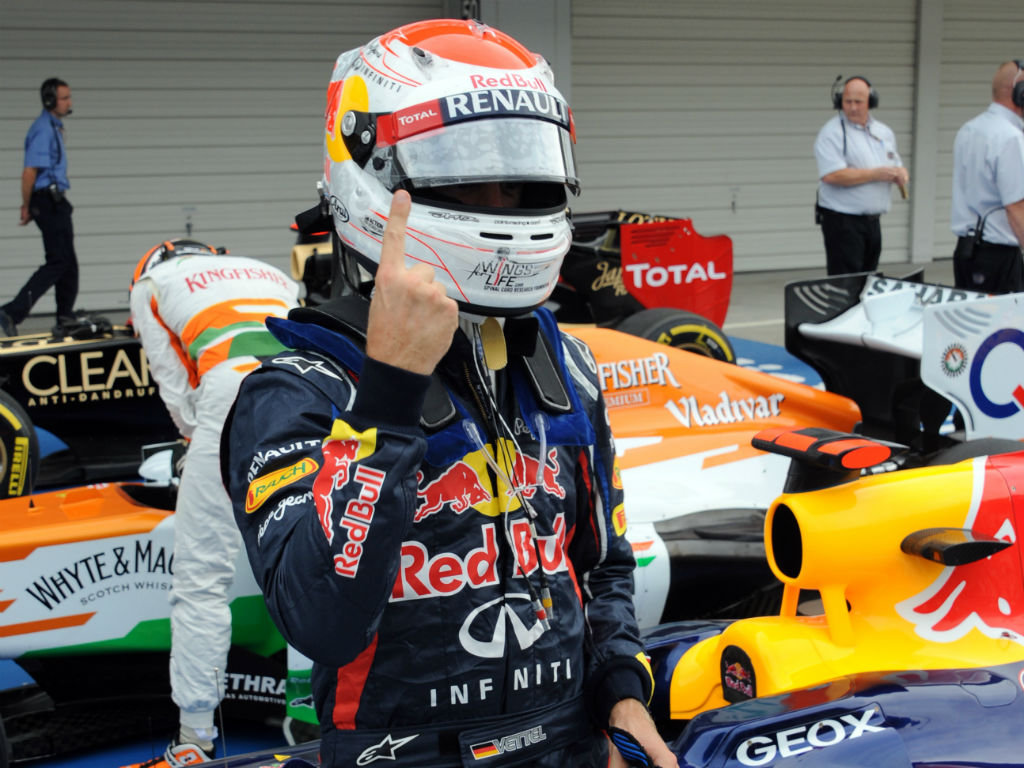 Sebastian Vettel continued his love affair with Suzuka on Saturday when an “almost perfect” lap handed him his fourth successive Japanese GP pole….

Sebastian Vettel continued his love affair with Suzuka on Saturday when an “almost perfect” lap handed him his fourth successive Japanese GP pole.

The reigning World Champ, who has won the Japanese race on two occasions and wrapped up his second World title here last season, was in fine form in Saturday’s qualifying.

Vettel clocked a 1:30.839 to secure pole position by a quarter of a second over his Red Bull team-mate Mark Webber.

“We had a very good qualifying session and it was very smooth, almost perfect. We didn’t have the best start yesterday but we seem to get better every time we go out.”

The German is now hoping for a good race on Sunday where he is looking to cut Fernando Alonso’s 29-point advantage in the Championship with a third win of the campaign.

“The car feels fantastic so all in all it came together nicely and we hope for a good race tomorrow,” said the 25-year-old.

“It’s nice to see the support we get at Suzuka and it’s great to come here and drive the circuit the way that I did.”

Red Bull, though, are not only involved in the Drivers’ Championship as there is also the Constructors’ to be won.

The team currently leads that battle by 36 points over McLaren

“It has been a good weekend for us so far,” said Webber. “Seb and I had a clean run in Q3 at the start. They were two big laps from both of us. Seb got me, it was a good lap for him.

“To be this much higher up (the grid) after a rough run of late, I’m happy to be on the front row. For the team, it’s a great tonic for them at this point of the Championship.”