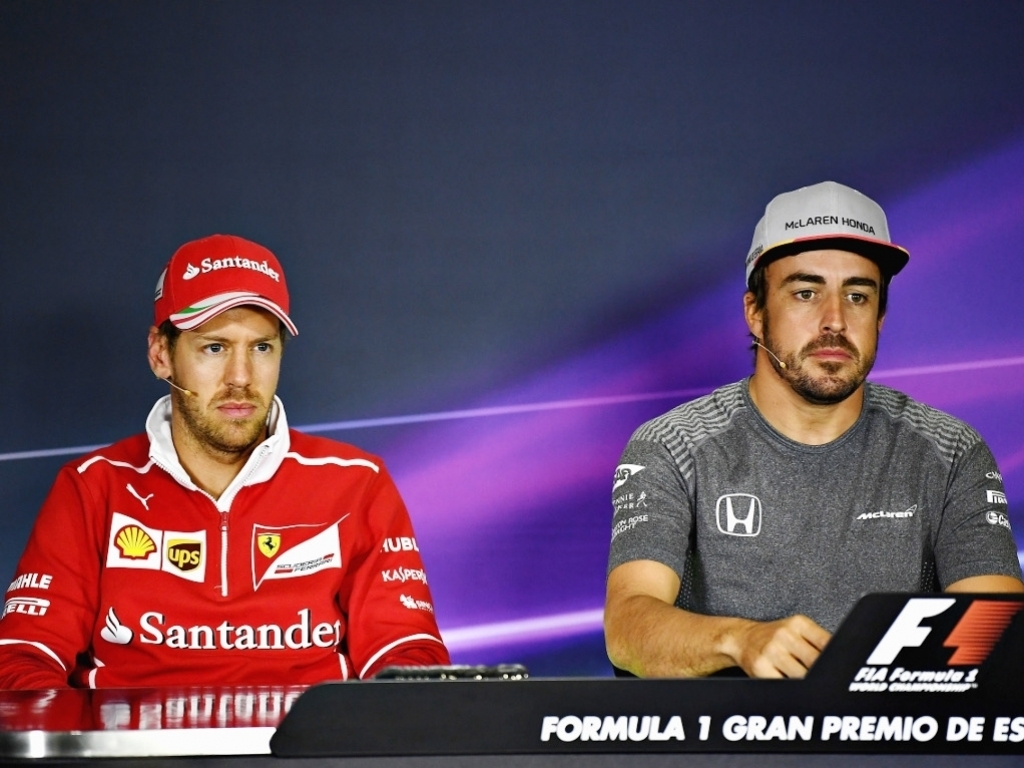 Sebastian Vettel has questioned whether Fernando Alonso has any good feelings left for Ferrari after he "jumped in the middle" of the battle for P3.

Alonso let Ricciardo through without much of a fight under blue flag conditions on lap 48 down the pit straight, but it was not until Turn 4 that Vettel got past the Spaniard.

"Come on Alonso," Vettel bemoaned over team radio. "I thought you were better than that."

Vettel then commented further on the incident back in the paddock.

He added: "Fernando decided to jump in the middle. I think he said when he left Ferrari that he was a Ferrari fan but today he didn't act like one."

Vettel's problem with Alonso paled into insignificance after a bizarre post-race crash with Lance Stroll on the in-lap.

Both drivers were not punished by the stewards, but the German faces a five-place grid penalty for Japan with his gearbox left in tatters.