Home Uncategorized Vettel: Alonso driving was ‘too much’ 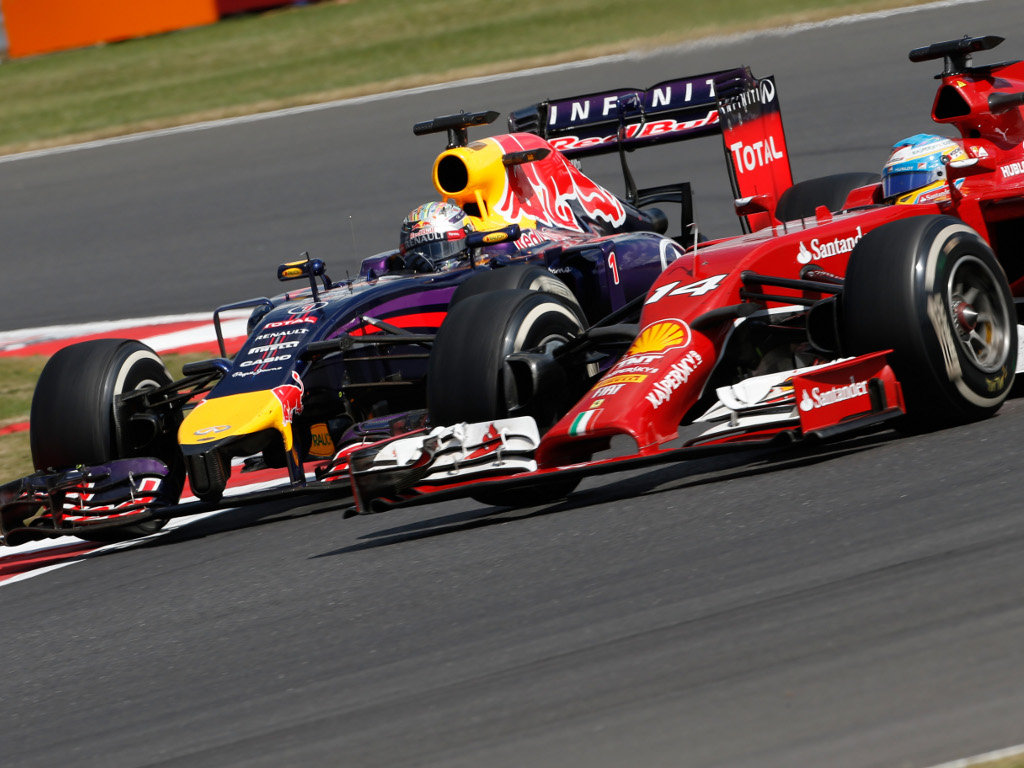 Sebastian Vettel and Fernando Alonso have both criticised each others’ driving during Sunday’s British Grand Prix.

Racing for fifth place in the latter stages of the Silvestone event, both Vettel and Alonso complained about how the other was exceeding the track’s limits.

Vettel, who won their battle, reckons Alonso’s driving was “too much” as the Spaniard tried to keep the German behind him.

He said: “Twice I thought it was too much into Turn Six. I tried to move around the outside, my nose was in front and he has to adapt.

“I went on the brakes and around the corner to avoid a collision. Fernando does not give you a lot of room.”

Alonso, however, reckons Vettel took too many liberties although concedes it was only a matter of time before he overtook him.

The Spaniard told BBC: “In the lap he passed, he was three or four times over the limits. But he would probably have passed me in the next lap as we were too slow.”

As for Alonso’s complaint that Vettel used his DRS in prohibited areas, the reigning World Champion said: “His comment does not make any sense.”

He added: “I got the call saying I should respect track limits. I don’t know who won in terms of keeping the list.”