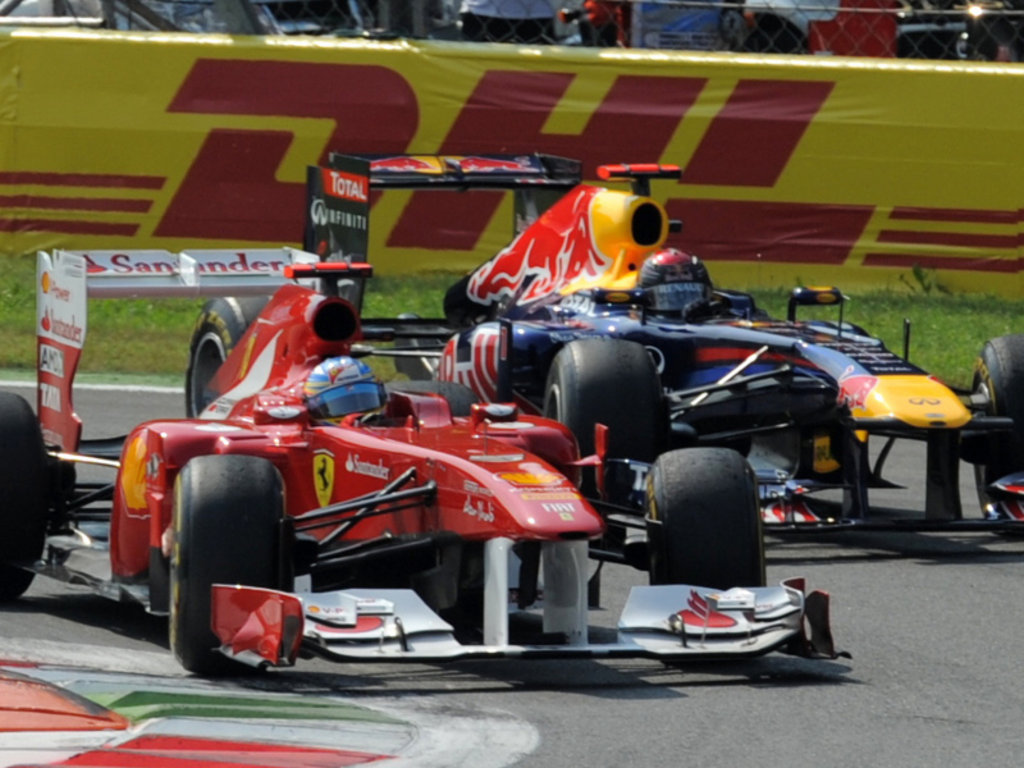 Sebastian Vettel may believe Fernando Alonso’s defence at the Italian GP was “borderline” but insists all is “fine” between the two.

Fighting for the lead at the previous race at Monza, Vettel was forced to put two wheel on the grass when he was squeezed to the outside of the track.

But the move didn’t do anything to stop the Red Bull driver, who stormed into the lead and went on to claim his eighth win of the season.

The duo have spoken about the incident with Vettel revealing there is no lingering issue as Alonso did give him space.

“He didn’t expect me to go on the left, to try the inside for the second chicane, so initially he didn’t see me but as soon as he saw me, he pulled to the right and gave me enough room,” he said.

“It was borderline but I knew if I wanted to get past I needed to try something.

“Actually, it was more critical the lap before when I was on the right on the outside at the second chicane and he moved a little bit under braking to the right and there wasn’t much room for me, we talked about it after the race and I think it’s fine.

“Generally, if you race people like Fernando, people with a lot of experience and who you respect a lot, you can really push the limits and really go wheel to wheel without thinking about it, and know the guy will know you are there and give you just enough room – not a lot, but enough.”

As for Alonso’s thoughts on the subject, he denied that there was any friction between the two despite some reports in the media to the contrary.

“I’ve been told that some people have written that I said a bad word to him in the immediate post-race at Monza when we were talking about the pass that happened when the safety car came in,” said the Ferrari driver.

“It’s incredible to see how far the made-up stories of certain people can travel!

“Not only did I never say the word in question to him but we chatted about the episode in a very good way, as was clear to everyone during the FIA press conference a few minutes later.”