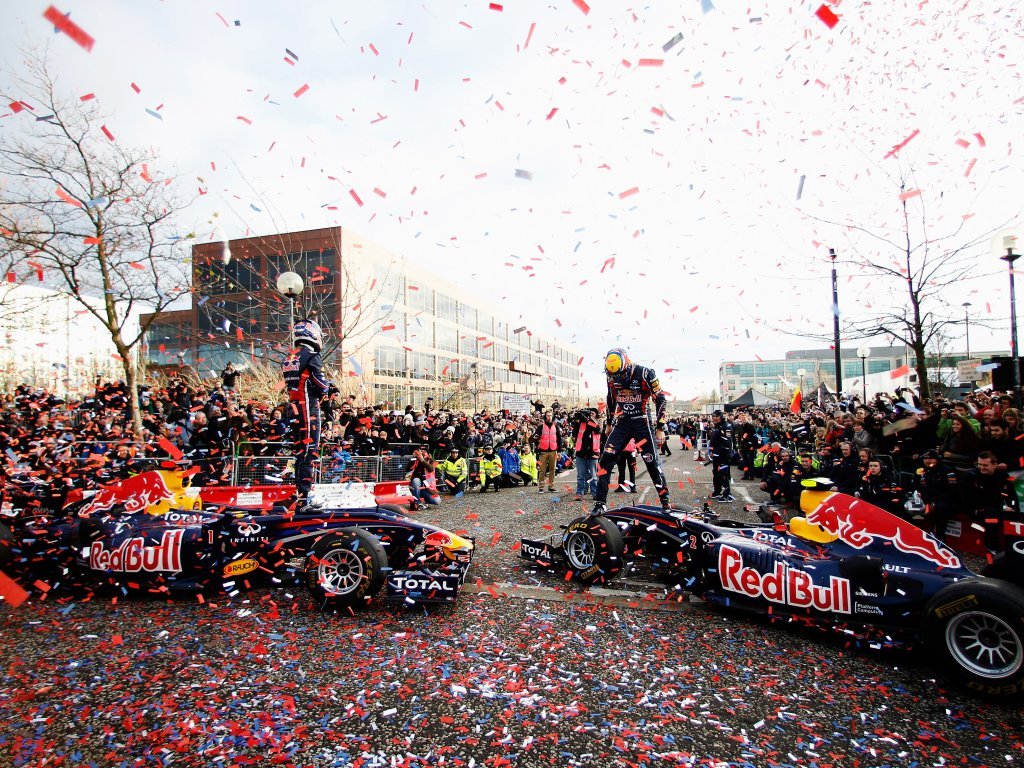 “It’s great to be here in Milton Keynes which is where cars are built and everyone from the factory works,” Vettel said.

“It’s nice to say thank you see all the fans from the area. It was good fun; we did some donuts and enjoyed ourselves out there. Thanks to all the fans that came today, we wanted to put great show, so I hope they enjoyed it. It’s a great way to finish the season.”

Team boss Horner was happy to “give something back” to those who have worked so hard throughout the year.

“To run an F1 car through the middle of Milton Keynes was fantastic, so many of our workforce are local and it’s great to see so many fans here,” he said.

“It’s flattering to have so many people turn out to celebrate what we have achieved. Without the fans, there’s no Formula One and no Red Bull, so it’s good to give something back and celebrate our double World Championship like this.”

Webber, who won the season-ending Brazilian Grand Prix, added: “It was something special to drive the car in Milton Keynes today in front of all the fans,” Webber said.

“The location was close to the factory and I live pretty locally too, so it was nice to give something back to the community.

“I know some of the roundabouts on the course from driving my road car, so it was something different to drive them in an F1 car!

“It was a nice atmosphere, the sun was shining and it was good for everyone to get close to the cars. It’s a great thing that Red Bull has done to say thank you to the fans.”