Home Uncategorized Vettel and Hamilton on racing as team-mates 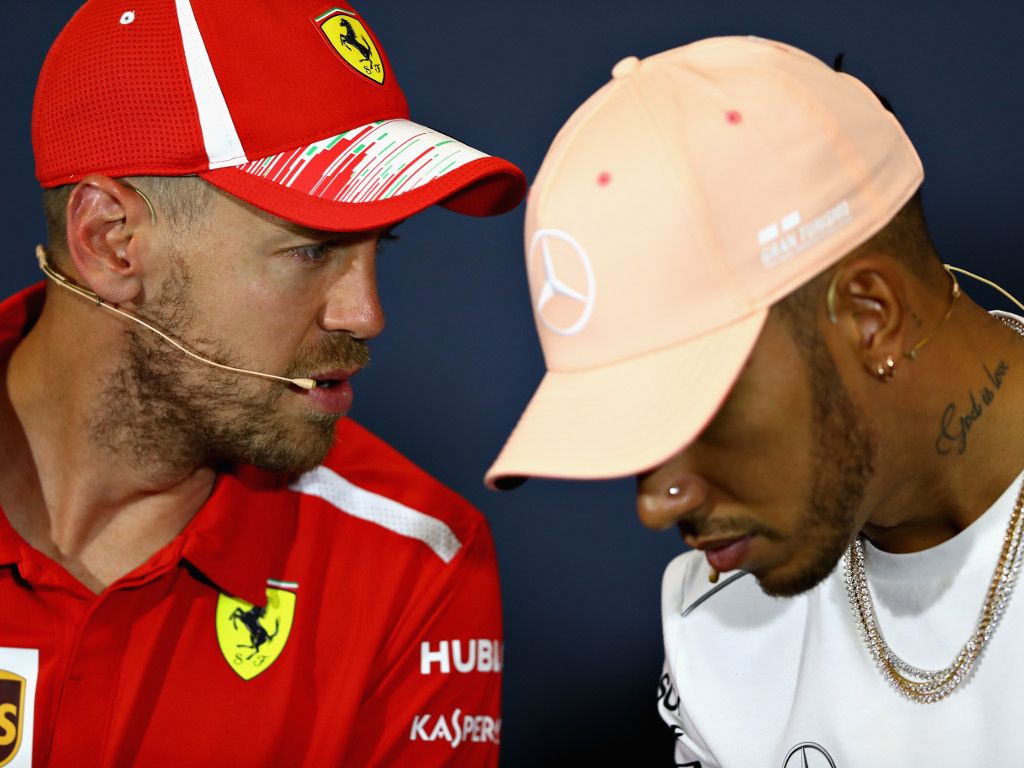 Sebastian Vettel claims he “wouldn’t mind” if Lewis Hamilton moved over to Ferrari, however, he’s happy with Kimi Raikkonen as his team-mate.

With Raikkonen only re-signed by Ferrari for this season, Vettel’s 2019 team-mate is yet to be decided.

While most reports are linking Daniel Ricciardo to Raikkonen’s race seat, some are wondering whether Hamilton could make a surprise move as he has yet to put pen to paper on a new Mercedes deal.

Asked if he would be open to the Brit joining him at the Scuderia next season, Vettel said: “I don’t know, he has to ask me.”

Hamilton, also in Wednesday’s press conference in Monaco, poured cold water on the mere suggestion: “He has a veto so that wouldn’t happen.”

Vettel replied: “I don’t. I wouldn’t mind. Obviously, to be completely honest, I’m very happy with the relationship I have with Kimi.”

Hamilton: “I think we have a better relationship, do you not think?”

“I don’t know, you never know what happens.”

The German, though, added that he reckons Hamilton will re-sign with Mercedes but insists one never knows what the future will bring.

” I’m pretty sure that Lewis’s priority lies with Mercedes. Everything else would be a big surprise but you never know, so we will see.

“Maybe, one day, I don’t know, we will both go somewhere else because we’re old or… I don’t know. Never say never.

“For me, at the moment, it doesn’t really matter, I’m very happy to be where I am for the time that everyone knows. I know and then we will see what happens.”

The question was then put to Hamilton as to whether he would welcome Vettel as a team-mate.

“I’m down to race with whoever. I’m racing against him in a pretty competitive car, which is always exciting.

“But I think for any driver you want to go up against the best.

“You’ve seen in history it can be difficult when there are two incredibly strong alphas in a team but you’ve seen it seems to work with him and Kimi… but you can honestly say Kimi can’t be too happy cos some scenarios don’t work out for him, it’s just always difficult.

“I feel the setup I have right now in the team, Valtteri is driving well, pushing me to limit.

“I’m still getting that, but with a great harmony and respect when one driver does better than the other.

“It’s not always the same when it’s different characters, so it depends on character you’re with. But I don’t anticipate we’ll be driving together in our time unless we do Le Mans together one day.”