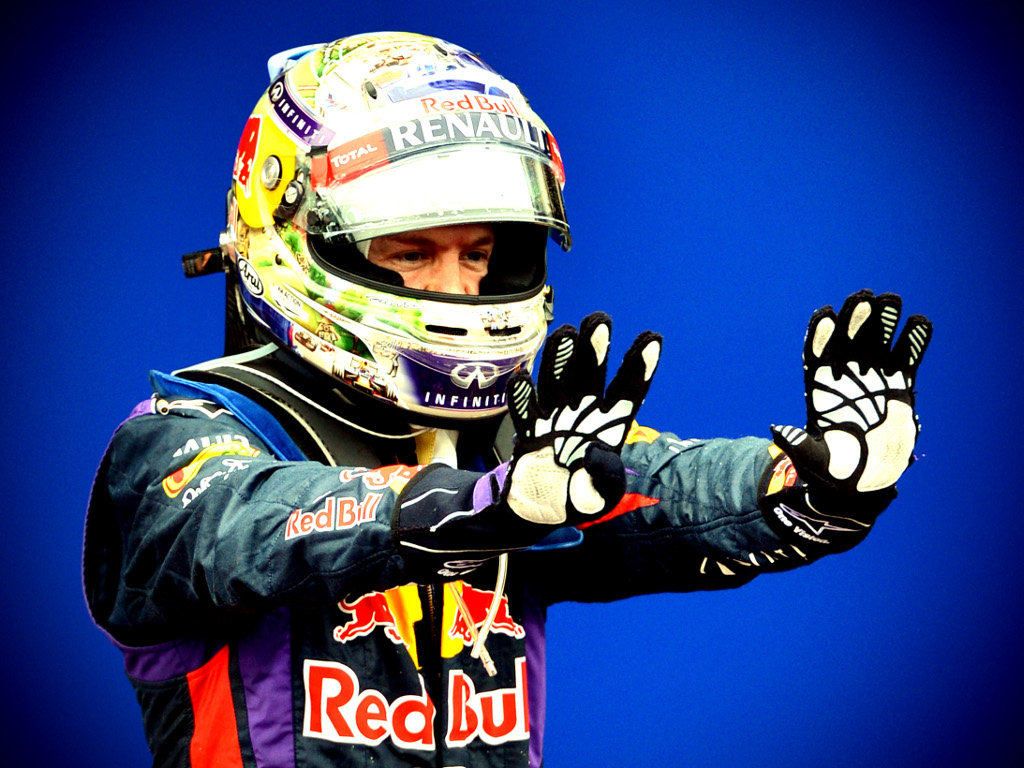 For the fourth year running, Sebastian Vettel was officially crowned the F1 World Champion, collecting his trophy at the FIA’s prize-giving gala in Paris…

For the fourth year running, Sebastian Vettel was officially crowned the F1 World Champion, collecting his trophy at the FIA’s prize-giving gala in Paris.

The Red Bull driver dominated the second half of this year’s Championship, winning every single grand prix since the summer break to set a new record for consecutive wins in one season when he amassed nine in a row.

In doing so, the 26-year-old clinched his fourth Drivers’ Championship title and he did so with three races to spare.

“When I think of the times I’ve experienced with the team over the last few years, it’s incredible,” said Vettel, who was presented his trophy by FIA president Jean Todt.

“It’s a pleasure to jump in the car each weekend and to try and give it all I have. I’m pushing very hard along with the team and what makes us strong is that we love what we do and we’re passionate about racing.

“This year was not an easy season, but to overcome that and give the answer on the track makes me very proud.

“I don’t have words to describe how incredible it is to retain the Drivers’ Championship for another year, I would like to say a huge thank you to the team and everyone who supported me.”

Fernando Alonso claimed the trophy for second while Mark Webber was third in his final season in Formula One.

Meanwhile, Christian Horner took the stage to collect the Constructors’ trophy for Red Bull Racing who won the teams’ battle for the fourth time.

“Winning a fourth FIA Formula One World Champion Constructors’ title this year is something that the team could only have dreamt of when we began our first season in 2005,” said the 40-year-old.

“What has gone into this achievement should not be underestimated; the whole team has worked together with enormous commitment and determination.

“When we won the Championship for the first time, the pressure was to defend it. We defended it and then retained it. Having achieved the triple, you think it doesn’t get any better than that and the likelihood of doing a quadruple double just seemed statistically unlikely, if nothing else.

“But the passion, the determination and the dedication within the whole team, along with the way that Sebastian and Mark delivered this year, has been absolutely phenomenal.”