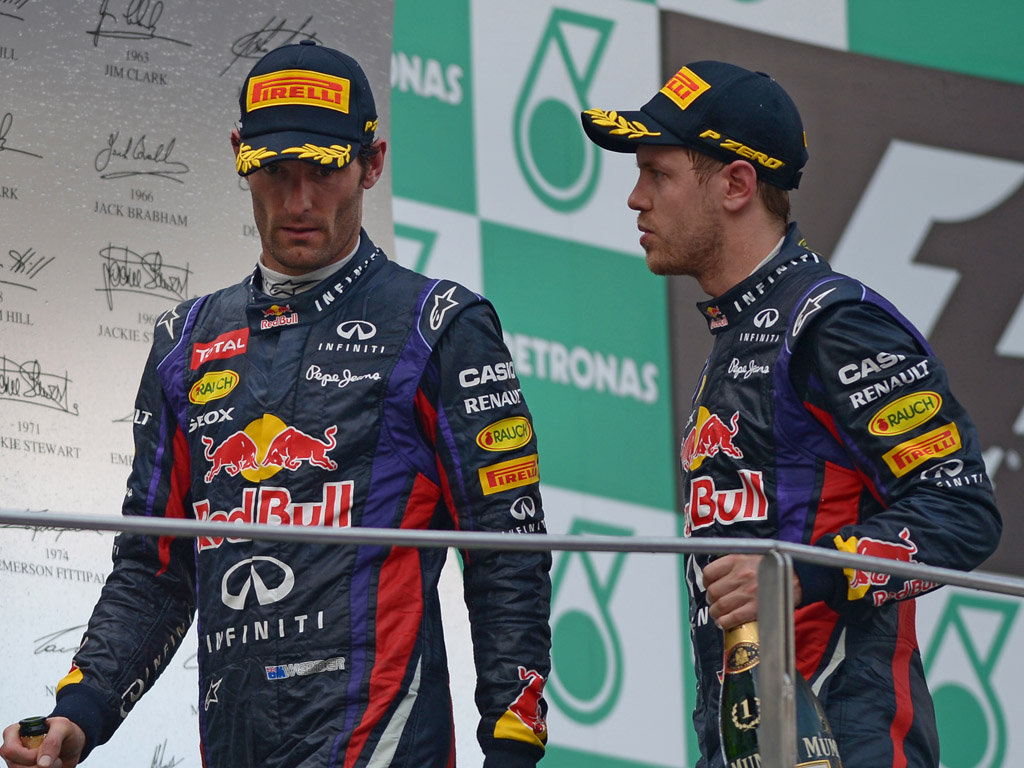 The triple World Champion had been told to hold station behind Webber heading into the final stages of Sunday’s Malaysian Grand Prix, with Webber in the lead and having been instructed to protect his tyres and turn down his engine.

Rather than follow the team’s instructions, Vettel attacked and passed Webber, leaving the Australian and team principal Christian Horner fuming.

In the aftermath Vettel said that he had made a “big mistake” and apologised to Webber, a gesture that was met with a cold reception.

While Webber said that he needed time to consider what had happened, Briatore feels that the situation has gone too far to be mended.

“It was already very formal beforehand between the two Red Bull drivers, that was very clear last year, but I don’t think this relationship can be fixed.

“They are two professionals, they will win races and so on, but it’s unthinkable Mark may help Vettel in the future, and I don’t think Vettel will help Mark.

“So we’ll have two enemies inside a single team.”

While unimpressed with Vettel’s actions, Briatore was also critical of Horner – both for his approach to the situation and his decision to allow Adrian Newey to accept the constructors’ award on the podium.

“Sepang was proof no one is in charge at Red Bull,” he mused.

“Vettel is the boss there. You can’t have a team manager also doing the driving.

“If there was a manager with balls, he (Horner) would have had them switch positions again.

“The problem is there are two people with different ideas on the pit wall, with Helmut behind them doing the talking with Mateschitz, so you understand they are all scared.

“Normally the team principal goes on the podium at the first race win of the season,” he added.

“Christian didn’t even have the strength to get on the podium because they’re terrified with a driver in charge instead of the team manager.

“You’d first go yourself if you win the championship or the first race, and after that you’d send race engineers or your technical director.

“The fact Christian didn’t go on the podium after scoring a one-two says a lot about his weakness compared to the others.”