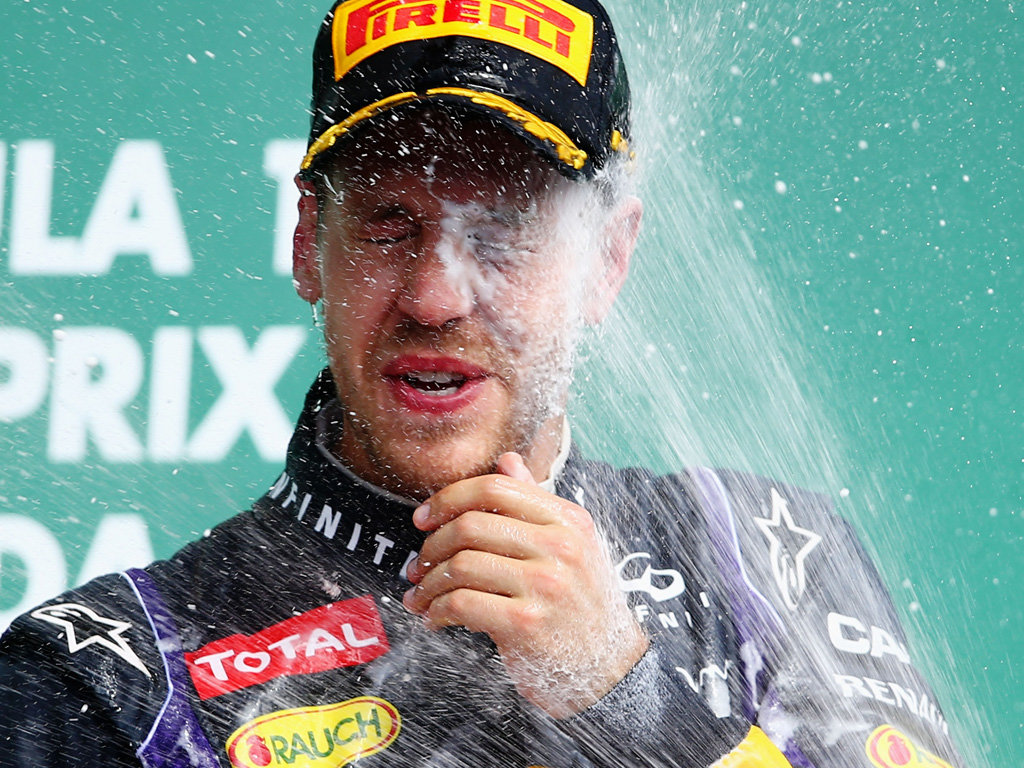 Sebastian Vettel insists it is still too early to start thinking about the Championship despite extending his lead in Canada.

Starting from pole position for the third time in Montreal, Vettel finally broke his North American duck as he raced to a dominant victory over Fernando Alonso.

His 25 points ensured Vettel’s advantage in the Drivers’ Championship climbed to 36 points ahead of Alonso while Kimi Raikkonen is a further eight off the pace.

The reigning World Champion, though, is refusing to get carried away, acknowledging that it’s not even halfway through the season.

“I was in a different position last year at this time, and I was able to catch up quite a lot towards the end. I had very strong races,” said the 25-year-old.

“Fernando was a little bit unlucky here and there and we were able to come back and beat him.

“But this was 10 races from where we are now. There are so many things that can happen at any stage of the Championship.

“Right now I’m happy to stand on the grid, focus on the race, trying to win. We will see later on if we are still in a strong position.”

The Red Bull racer was also happy to tick off Canada as a venue where he has now tasted the victory champagne.

“Finally I can tick this one off the list, so I am very proud of that.

“We’ve had good races here before, but it didn’t come together to win, particularly two years ago when I was very close, only to lose it on the last lap. It was my mistake, but I made up for that.”

Meanwhile, team boss Christian Horner has warned Vettel’s rivals that the German is only going to get better and better.

“He is a very focused and determined young man, and has achieved a huge amount in his career.

“But the impressive thing about him is how much desire he has to continue to improve himself. He obviously wants to achieve as much as he can.”