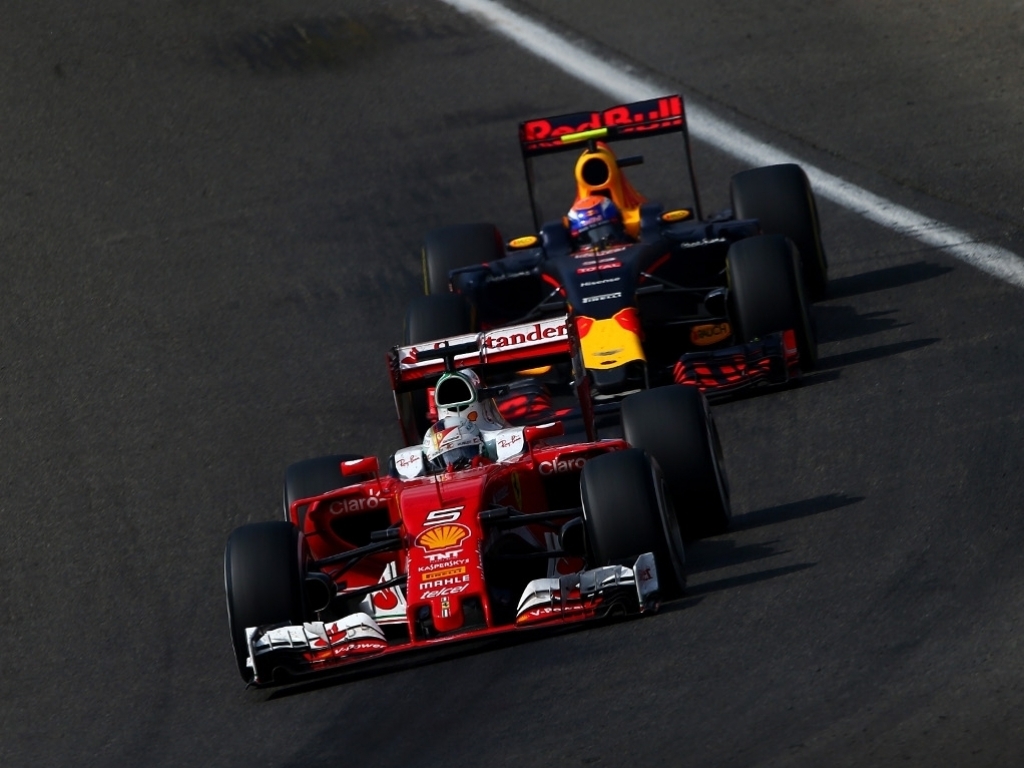 Sebastian Vettel has backed Kimi Raikkonen in his complaints about Max Verstappen, saying the Dutchman is courting an accident.

Raikkonen was frustrated with the Red Bull, who he felt was “f**king turning when I’m at full speed.”

The Finn also questioned whether Verstappen’s “only interest is pushing me off the circuit completely.”

And all this was later in the grand prix after their first corner collision sent both drivers, and Vettel, into the pits repairs.

He told NBCSN: “We talked about moving under braking. Top speed, reaching 340 km/h, and he’s moving.

“It works so long as the car behind plays accordingly and lifts. But if both stick to line, both crash. That’s not what you want to do.

“If you drive like that it won’t end up too well. More than anything it cost us – and him – a lot of time.”

The stewards did not investigate Verstappen’s driving on Sunday, however, Vettel says that is okay, it is up to the drivers to sort things out anyway.

“I don’t like to investigate anything,” he said. “We’re men; we’re not in kindergarten.

“If I have a problem with Max I need to go to talk to him. But obviously right after race isn’t the best moment! Leave it to us though.

“If you go beyond the limits you need to talk. In general, I’m not a fan. We’re not here to cry, ‘oh here’s a penalty!’

Vettel completed the Belgian GP in sixth place while Raikkonen was ninth and Verstappen P11.