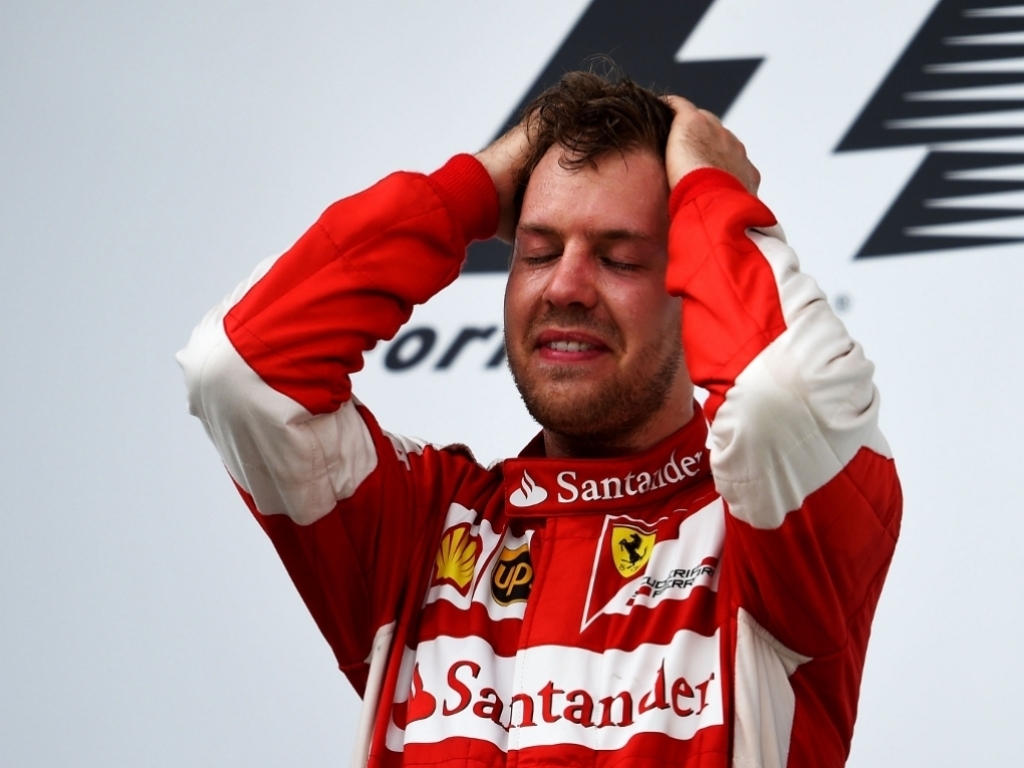 Taking the fight to Mercedes in Malaysia, and winning the battle, an emotional Sebastian Vettel has hailed a "special" first win with Ferrari.

Vettel stunned Mercedes, and the form books, when he claimed a sensational maiden victory for Ferrari at the Sepang circuit on Sunday.

The German took the chequered flag a comfortable eight seconds ahead of Lewis Hamilton having traded positions with the reigning Champion throughout the afternoon.

The victory marked Vettel's first since 2013 and also ended Ferrari's 34-race drought, which extends back to the Spanish GP in May 2013.

"It has been a while since I've been on the top step," he said in an emotional post-race interview on the podium.

"Obviously it was a big change over the winter, it's really a great atmosphere in the team.

"I'm very happy, very proud of today, we beat them fair and square and it is a special day – that is why I am emotional."

He added: "Today is a very special day and will always remain a part of me.

"Thank you very much to the whole team."

The 27-year-old also spoke of his joy at watching former Ferrari driver Michael Schumacher his boyhood hero during his days at Ferrari.

And now, on the back of a trying last year with Red Bull Racing, he's racing a Ferrari himself.

"Last year was not a good year for me, it was a great car but I struggled to extract performance from it. This car suits me very well.

"It was a big change last year but the team welcomed me from the very first day. When the gate opened at Maranello it was like a dream come true.

"The last time I was there I watched Michael Schumacher over the fence and now I'm driving that red car."

Pressed as to whether he could win the World title with Ferrari, Vettel insisted: "I hope so that is why I signed up.

"The mission is to bring a world championship back to Maranello."

"We know these guys are incredibly strong but… I don't care for today, I want to celebrate, to get p**sed."