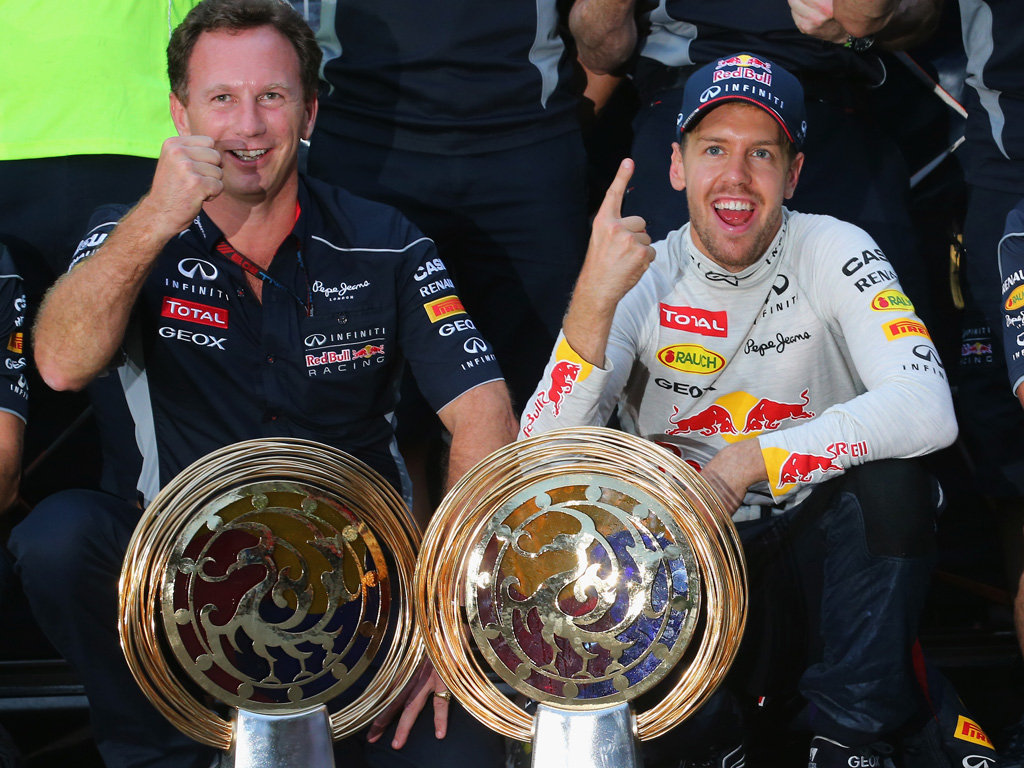 Christian Horner is yet again singing the praises of Sebastian Vettel in the wake of the World Champ’s eighth win of the season.

His latest 25 points have put the German 77 ahead of Ferrari’s Fernando Alonso as he closes in on a fourth successive Drivers’ Championship.

“It was a great performance from Seb. Very, very disciplined in tricky conditions because it was all about watching that front-right tyre and not doing too much damage to it,” Horner told Sky Sports F1.

“He’s just hit peak form at the right time. The standard that he’s performing at the moment is unbelievable and he’s continuing to get better and continuing to improve.

“The guys are doing a great job with the car and the development of the guy. Adrian [Newey] and the guys back at Milton Keynes are still pushing hard and balancing that act between 2013 and the big regulation change next year.”

As for the fact that Vettel could win the title next time out in Japan, Horner said: “Mathematically I believe he can, but we’re not looking like that.”

But when he does it, the team boss reckons his driver belongs up there with the greats such as Juan Manuel Fangio and Michael Schumacher.

“The level that he is performing at is unbelievable in many respects. To have won the ratio of races he has is remarkable.

“Should he achieve winning four titles in a row, people will have to put him in the same bracket as Fangio and Schumacher.”