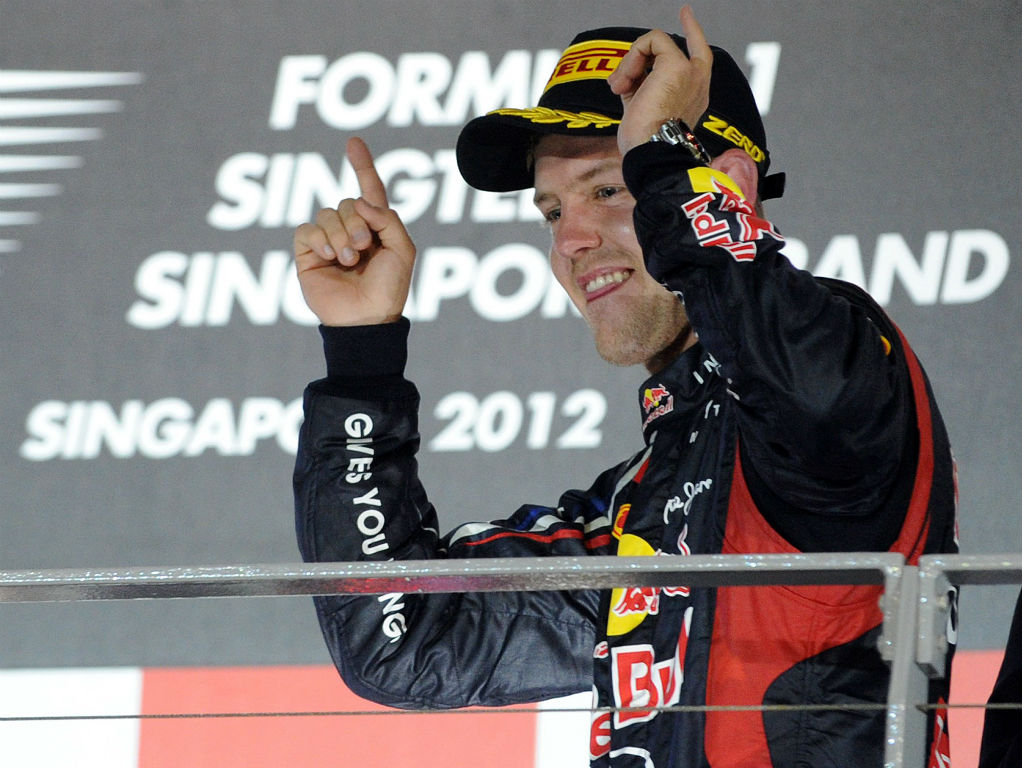 Sebastian Vettel is the first to admit he was the lucky benefactor in Lewis Hamilton’s Singapore retirement as it helped him secure the win.

On a tough Sunday night at the Marina Bay circuit, the reigning World Champion struggled to make inroad on Hamilton, who had led off the line.

However, Vettel was eventually through and into first when he passed Hamilton’s stricken McLaren on lap 23.

“I thinks it’s one of the toughest races of the year,” Vettel said.

“The circuit is a killer and it’s so bumpy and so long.

“We benefitted from Lewis’ failure, I saw some oil drop from his car a few laps before, and all in all we had a good race all weekend.”

Vettel went on to claim his second victory in Singapore to add to his 2011 triumph, dedicating his win to the late Sid Watkins, saying all drivers owes the former F1 doctor a debt of gratitude.

“I’m just incredibly happy and proud to win it.

“I’d like to dedicate the win to Sid Watkins, I think he’s one of the biggest reasons why we enjoy ourselves every week so a big thank you to him.”

Vettel has now urged his Red Bull team to push on from the victory as he is now up to second in the Championship, 29 points behind Fernando Alonso.

“Anything can happen in this race and it’s a lot of fun to watch but we just have to keep pushing now so we finish ahead of those guys come the end of the season.”