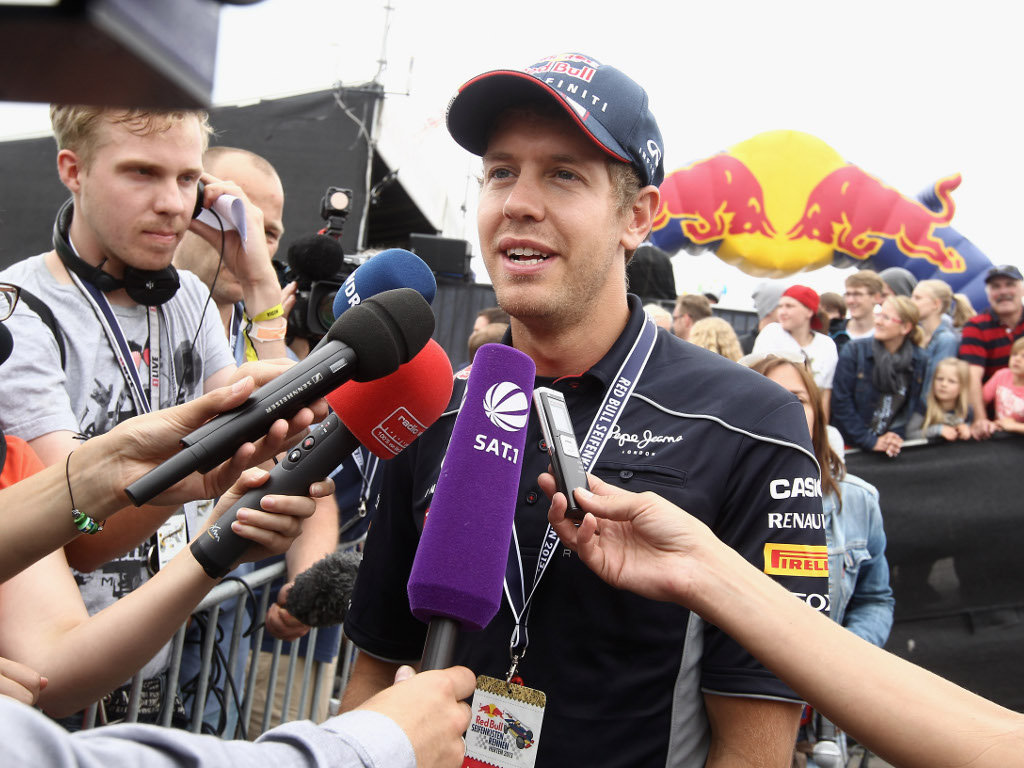 While Sebastian Vettel concedes it is “normal” not be liked by everyone, the Red Bull racer says being booed by fans is not fair…

While Sebastian Vettel concedes it is “normal” not be liked by everyone, the Red Bull racer says being booed by fans is not fair.

The triple World Champion, who is on track to become the most successful driver of his generation, has began to divide fans in recent times as they either love him or they don’t.

As a result, Vettel has found himself being booed by some fans.

The jeers dogged the Red Bull racer when he won the Canadian Grand Prix and were back again three weeks later when he retired from the British GP.

But while Vettel admits it is normal not be liked by everyone, he’s not happy about being booed.

“It’s normal,” he told the Daily Mail. “I am very happy. I obviously would not swap with anybody.

“There are situations or stories where you want to tell people the truth as you see it. You learn to deal with the fact some think what they want. If it reaches the point where it takes your attention away from your racing then it has got in the way.”

Pressed as to whether the boos that followed his British GP retirement had been a surprise, he said: “Yes. I didn’t understand it.

“I had not done anything to make them do it. I went up on to the stage later for the post-race concert and got booed again. I took my camera out and said, ‘If you are going to boo me at least do it properly’. I tried to make a laugh out of it.

“But you don’t like it when people boo. Obviously in the British Grand Prix if I am leading and they want a British driver to win they might not like it, which is fair, but booing, I don’t think that is fair.

“If one starts booing, others join in. I don’t think they were all wanting to boo per se; it was a chain reaction, so you shouldn’t get too upset by that.”

Some of the ill-will towards Vettel, one could argue, he has brought on himself after incurring the wrath of some fans when he blatantly ignored team orders to overtake team-mate Mark Webber at this year’s Malaysian GP.

The German, though, still insists he won’t apologise for racing another driver out on track.

“The one thing I regret is that I put myself above the team. I apologised. Apart from that I am racing – and I am not apologising for that.”

He is also adamant he doesn’t receive preferential treatment from Red Bull.

“I am at the source to judge that it isn’t true. Mark and I have the same car and the same chance to win,” he said.