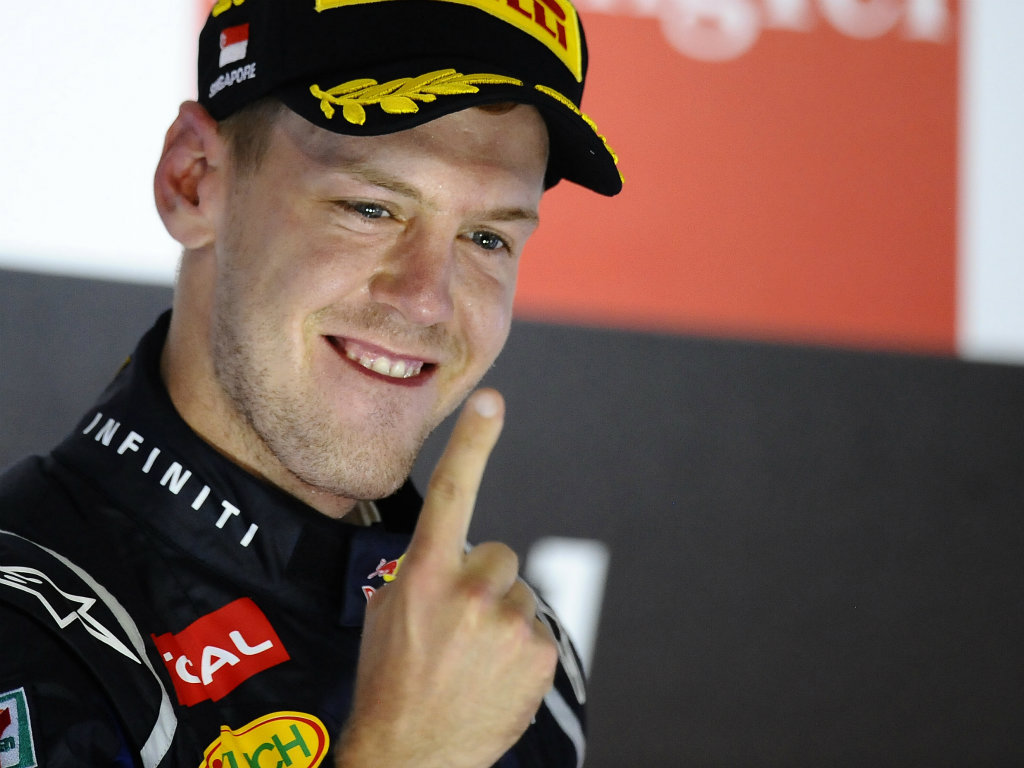 Having claimed his first victory since May in Singapore, Sebastian Vettel reckons his chances of retaining the title are much improved…

Having claimed his first victory since May in Singapore on Sunday night, Sebastian Vettel reckons his chances of retaining the title are much improved.

This season has been a sharp contrast to last year when Vettel won 11 grands prix on his way to his second Drivers’ Championship.

Instead, leaving the Marina Bay circuit on Sunday night, the German has just two victories to his tally and a total of only five podium results.

However, his second win, which came at Sunday’s Singapore GP, has put the Red Bull racer firmly in the hunt for a third World title as he is now second in the Championship, 29 points behind Ferrari’s Fernando Alonso.

“The Championship now looks better than before,” said Vettel.

“There are a lot of races left and it’s difficult to predict what’s going to happen, so first of all we have to make sure we finish the races.

“The pace is there, and even if we are not quick enough to win then it is good enough to collect a lot of points.

“It’s a tough Championship, but we’re still in it, and obviously the target at the moment is to beat Fernando.”

His team boss, though, has warned against writing off any of Vettel’s rivals as Kimi Raikkonen, Lewis Hamilton, Mark Webber and Jenson Button still stand a chance.

“The Championship is wide open,” said Christian Horner. “It’s just annoying Fernando keeps popping up on the podium at the end of the grand prix.

“Sebastian was 25 points down with two races to go in 2010, which indicates anything is possible for all the drivers.

“We need to keep taking points off Fernando, which ideally means getting a few more cars between us and him.”