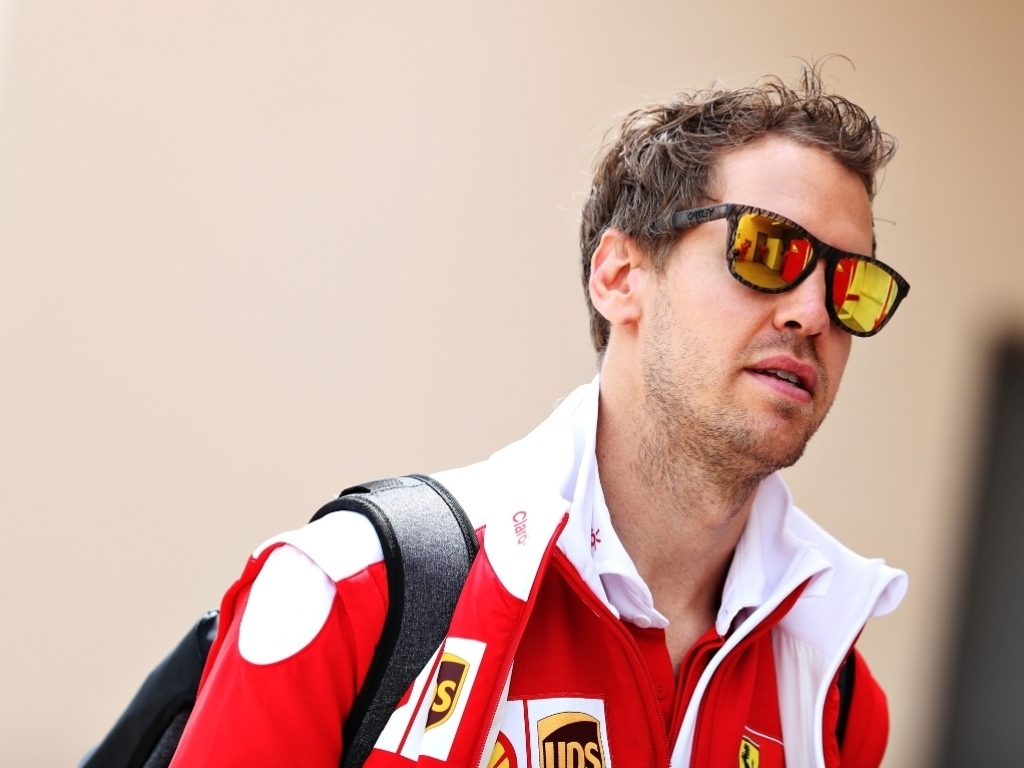 Despite crashing into his teammate Kimi Raikkonen on the first corner of the Chinese Grand Prix, Sebastian Vettel was able to salvage Ferrari’s race and secure a podium finish.

After the race concluded, Vettel joined race winner Nico Rosberg and third placed Red Bull driver Daniil Kvyat in the back room of the Shanghai International Circuit before the podium presentation, where he lashed out at the Russian for the accident between himself and Raikkonen.

However, the four-time World Champion has since changed his tune, saying that the unfortunate collision with a car of the same livery was a racing incident.

“What happened at the first lap, in the end, is a racing incident,” the 28-year-old told thecheckeredflag.co.uk.

“From my side I didn’t really know where to go, I was sandwiched between Kimi and Daniil. Obviously I am terribly sorry for what has happened, I mean touching the car with the same colours is not right. It was a shame, because it destroyed both of our races, Kimi’s and mine.

“At the end of the day we’ve been lucky because we were still able to continue. The safety car helped us to sort of come back. Kimi locked up in turn one. I tried to go inside to pass him. Daniil was behind me. He had a better start and was lining up for the same move initially. I was determined to overtake Kimi. Daniil was determined to overtake me.

“Kimi came back from the left, Kvyat came from the back from the right and I was reacting to him. I tried to back out of it, going off throttle and hitting the brakes, but there was no way, so I had contact with Kimi which is a shame, the car was damaged after that, but obviously a great recovery by the Team, which managed to stay calm initially and then change the nose while the safety car was out.

Vettel also congratulated the team for an impressive recovery after the disastrous first lap and hopes that Russia will be incident-free.

“Overall we had great pace, good strategy, fantastic pit stops, I couldn’t have asked for more after this poor first lap. Hopefully in Russia we have a smoother race!”