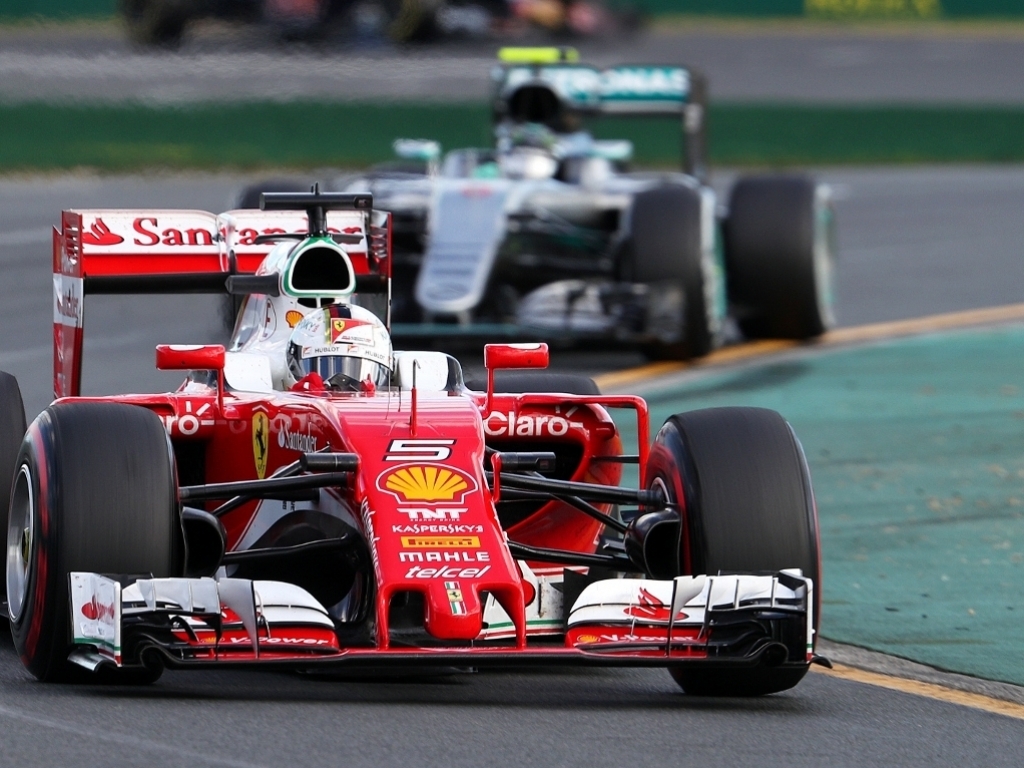 After the Australian Grand Prix concluded, third placed Sebastian Vettel was in high spirits after the race, despite botching his impressive start.

Vettel, who started on the grid in P3, surprised everyone when he pipped the two Mercedes cars off the starting the blocks on the Albert Street Circuit.

Former teammate of the three-time World Champion, Marc Webber, interviewed Vettel post-race as the German explained what went wrong and what went right in Melbourne.

“I went for it so obviously the start was mega. I was very happy – it reminded me of Hungary last year,” he said.

“We settled into a rhythm nicely. You can argue the red flag didn’t help us. We tried to go more aggressive, maybe it didn’t work but ultimately I’m very happy with third.”

The German, though, did concede that Ferrari’s aggressive strategy had not gone according to plan as the decision to stay on the super-softs after the restart meant he had to pit again and that dropped him down the order.

“We went the aggressive route,” he explained.

“Maybe with hindsight we could have done something else, but I don’t want to blame anyone. It’s a shame the other car didn’t make it but it is positive.

“The team is in good shape, we know we can up our game and put pressure on these guys.

“You can argue the red flag didn’t help us, but once it plays into our favour and then catches you out.”

The German led the first race of the season for 33 laps while eventual winner Nico Rosberg led for 23.