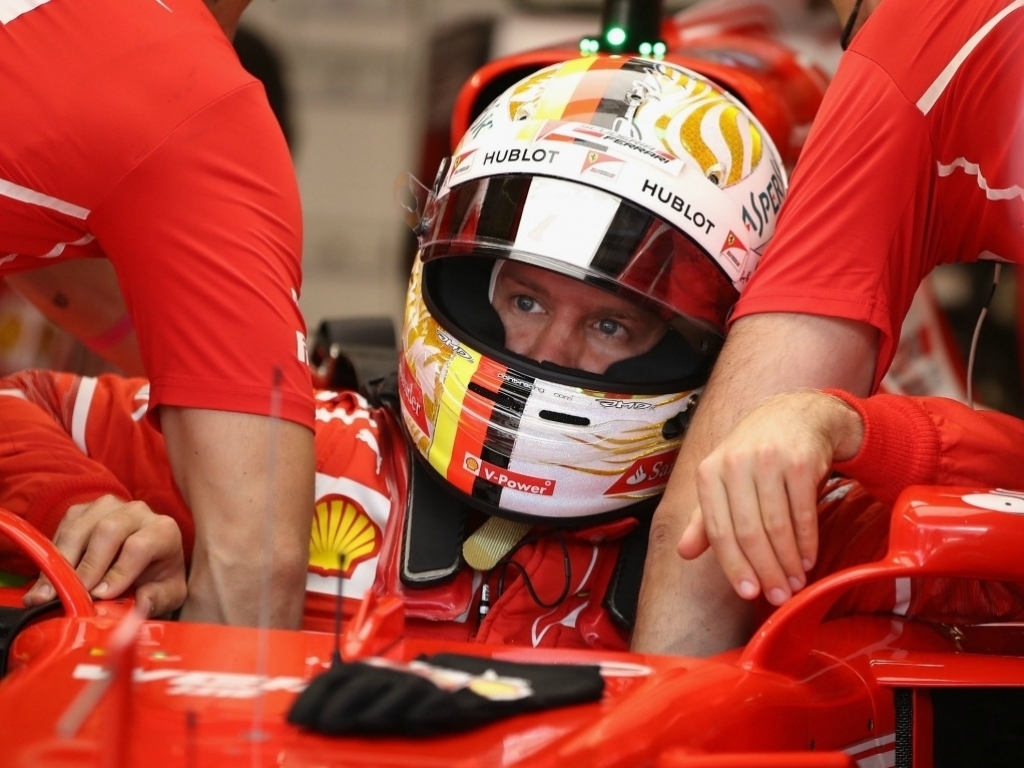 Sebastian Vettel has said the blustery conditions meant he continued to “lack rhythm” in Austin this weekend, but was happy to recover so that he could join Lewis Hamilton on the front row.

Vettel’s running at the Circuit of The Americas has been disrupted by various set-up changes, forcing Ferrari to change the chassis ahead of qualifying on Saturday.

The German continued to struggle as he felt the full force of the wind throughout qualy, but improved by half a second on his final hot lap in Q3 to split the two Mercedes – yet he was no match for Hamilton, who was two tenths quicker.

“I’m very happy in the end but I was lacking a bit of rhythm with the wind,” Vettel said after qualifying.

“But I got it right when it mattered at the end. It’s important to get the front row because I believe our race pace is really good.

“In Qualy all year we have been just a little bit behind. Congratulations to Lewis he did two good laps but I’m looking forward to tomorrow.

“We go day by day. We lacked a bit of running yesterday but today was better. The race is tomorrow. It’s a great track so it should be a good day.”

Team-mate Kimi Raikkonen, down in P5, is also happy with his Ferrari car but felt he could have qualified higher on Sunday’s grid.

“Today the car was better than it had been so far this weekend,” said Kimi.

“After the Friday session we made some changes and in qualifying I had a good feeling. We tried our best, but fifth position was the maximum we could get. I think there was more to take out of the car, but in some places it was a bit tricky to get it right.

“I struggled to put all the corners together, some laps were good and in some others it was more difficult.

“It was a decent qualifying, but for sure it could have been better, so I can’t be satisfied with the result. At the start tomorrow it will be quite tight; we’ll try to make a good getaway from the line and see what we can achieve at the first corner.”