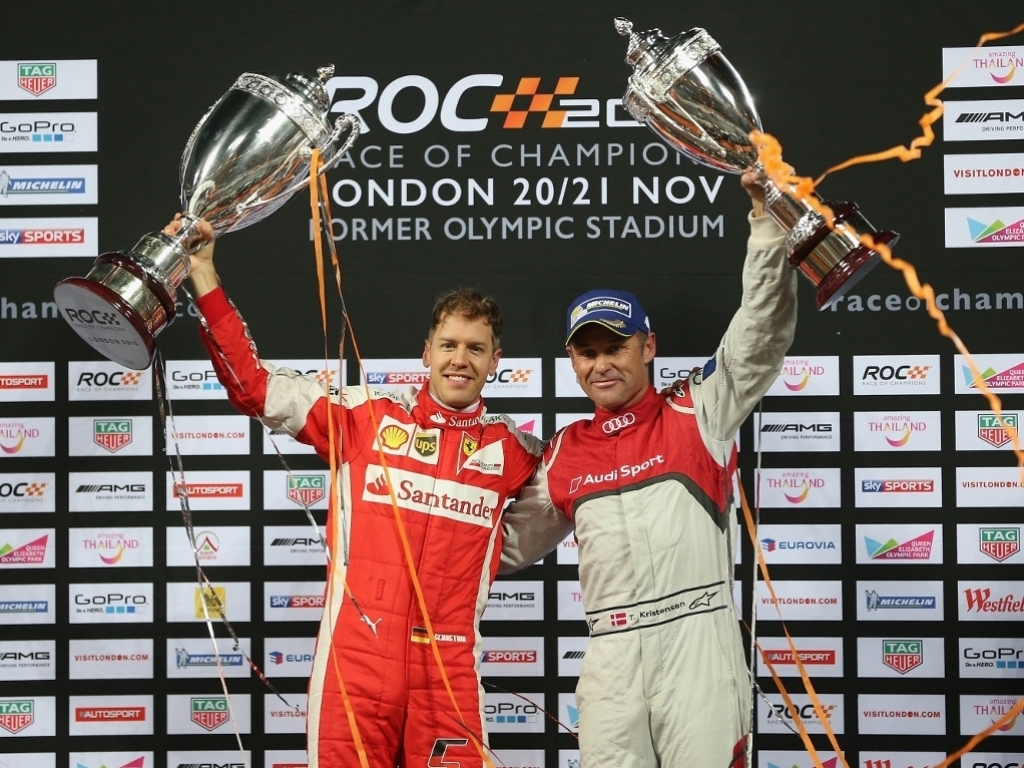 Taking part in his sixth Race of Champions event, this time at London’s former Olympic Stadium, the German went head-to-head against some of motor racing’s biggest names.

The Ferrari driver said: “Of course I’m very happy and honoured to win – but that took a while! A lot of world class racing drivers have won this trophy. I’ve tried to win this many times and failed many times but finally I’ve succeeded.

“What the Race Of Champions gives us is a lot of joy. When we were kids starting to race, we did it for pure joy and this sort of event is a good reminder of that.

“When you close the visor, ultimately victory is still what drives you. But I’ve tried to win this so many times, today was more like a surprise. We all know this format is very difficult because no one gets much time in the cars so you need to find your rhythm quickly.

“Today I had the feeling I found it straightaway. It was very cold but it was a great atmosphere so thank you very much to everyone for coming to watch.”

Defending Champion David Coulthard was knocked out in the semi-finals along with Blancpain Endurance Series Champion Alex Buncombe.