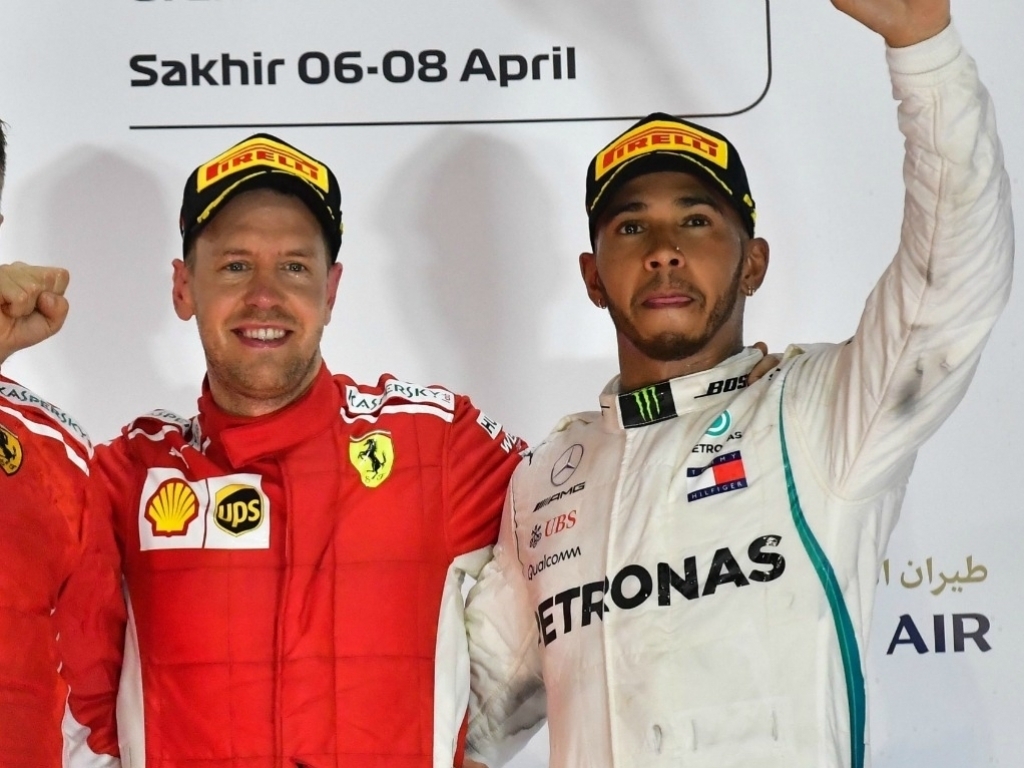 Sebastian Vettel came to the defence of Lewis Hamilton in the post-race press conference after the Brit called Max Verstappen “a ****head” for their collision in Bahrain.

Both Hamilton and Verstappen blame each other for why they touched in the early stages of the race, which led to the early retirement of the latter alongside his Red Bull team-mate Daniel Ricciardo.

Hamilton called Verstappen “a ****head” for his overly aggressive racing style and when questioned by the press again about the comment, Vettel, sat alongside him, defended his title rival.

“Can I answer that?” Vettel said. “It’s not fair – I don’t know what Lewis did, we’ve all been in that situation.

“We fight someone and sometimes we go wheel-to-wheel, and it’s close, and we have a lot of adrenaline going.

“Do you think, if you compare it to football, if you have a microphone on a footballer’s mouth that everything he says is something nice, and it’s a nice message when the guy tackles him and sometimes he fouls him?

“We are just racing, we are full of adrenaline and we say these things,” he added. “If I hit you in your face, you are not going to tell me, ‘Sebastian, that wasn’t nice’.

“It’s a human reaction, and sometimes I feel it’s all a bit blown up and artificial if we have these questions trying to make something out of nothing.”

Hamilton claimed after then he did not “really remember” making the comment.

He said: “The emotion is always firing when you are just out of the car.

“I realised I had to back out, but he continued to come across, and that didn’t leave me any room, so we ended up touching.

“I was just really grateful that my car wasn’t broken and I could continue.

“That would have really been difficult. My thoughts are on the world championship, and I’ve lost two races now.

“I am 17 points down already after just two races. Hopefully when we go to the next race we will have a better fight with the Ferraris.”

“I don’t think it’s justified to give us this kind of shit question and making up a story out of nothing.”