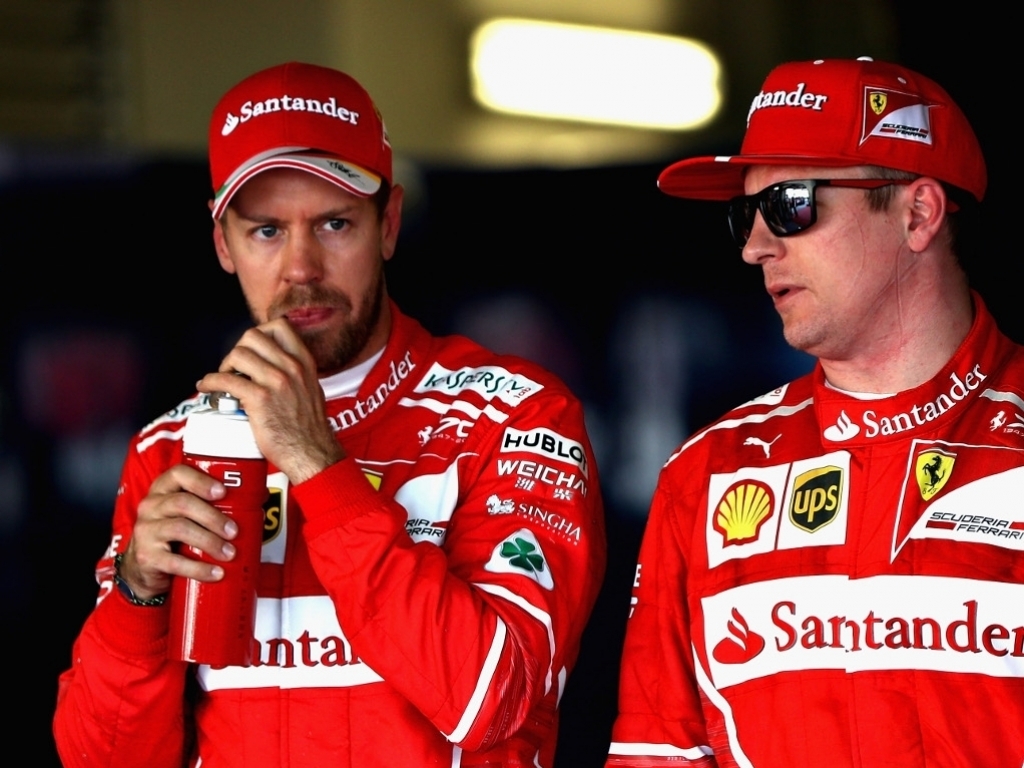 Sebastian Vettel has said Kimi Raikkonen's poor start to the season is undeserved and has no doubts about the Finn's ability.

Just one podium finish has left Raikkonen 37 points adrift of team-mate and World Championship leader Vettel, but, according to the German, Raikkonen's results so far don't reflect the talent he still has.

"He probably didn't have the races he deserved," said Vettel. "In Bahrain obviously the start, the first lap cost him a lot, otherwise I'm sure he would've been on the podium.

"Obviously I see exactly what happens and things didn't go 100 percent in his direction so far but I don't think there's any doubt inside the paddock that he's one of the most talented drivers we have.

"I don't think anybody else could go to WRC and perform at the level he did, just come back and be right up to the pace again.

"I don't think there's anyone who doubts his skills or his talent but, as I said, you need to have a lot of things coming your way.

"If you look back last year, I had some races where things didn't come way – it's up and down but usually throughout the season it sort of equals out."