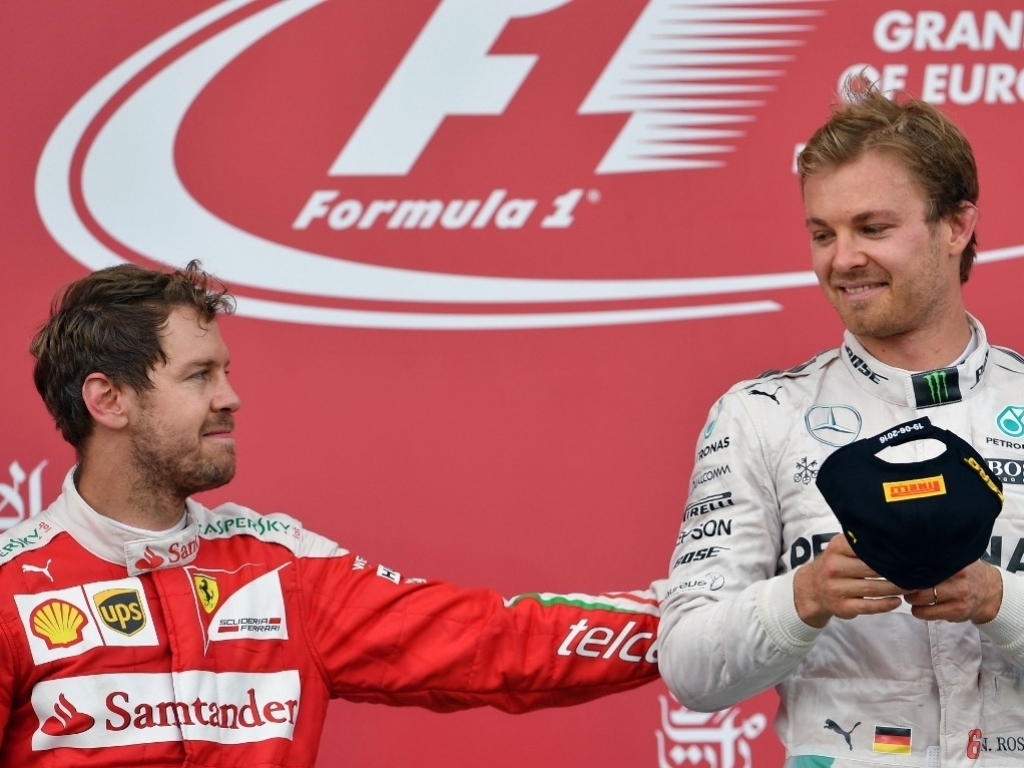 Sebastian Vettel says it “should be clear” that he is staying at Ferrari next season as he, and Kimi Raikkonen, both have contracts with the Scuderia.

The four-time World Champion was touted as a possible replacement for Nico Rosberg after the Mercedes driver announced his retirement.

Days after winning the 2016 Drivers’ title, Rosberg called it quits, stating that he didn’t have it in him for another season of the intensity required for a championship bid.

The race is now on to land that coveted Mercedes seat but Vettel insists he is not in the running.

“I think it is not a big secret, Kimi and myself both have a contract for next year so it should be clear,” he said.

“I don’t know what’s their plan but for us we look after ourselves for next year, there’s a lot of things changing so we’re quite busy ourselves.

“We are focusing on our job that we have which is a lot of work for next year.

“There are a lot of changes to the car so a lot of effort is going in, and there could be a surprise, but we will have to wait and see.

“When the rules change things can move around. Hopefully it moves us up, and makes us stronger, but it is impossible now to have any expectations.”

The German applauded Rosberg’s decision to retire, saying it is not one that he even considered about his first World title but that his compatriot is “brave” to have done it.

“Everybody is free to do what he or she wants. I was 23 when I won my first title so I had a different mindset which was that I wanted to go out and do it again.

“Looking back I can say I did. I love racing and I want to continue.”