Home Uncategorized Vettel ‘did everything’ to try catch Hamilton 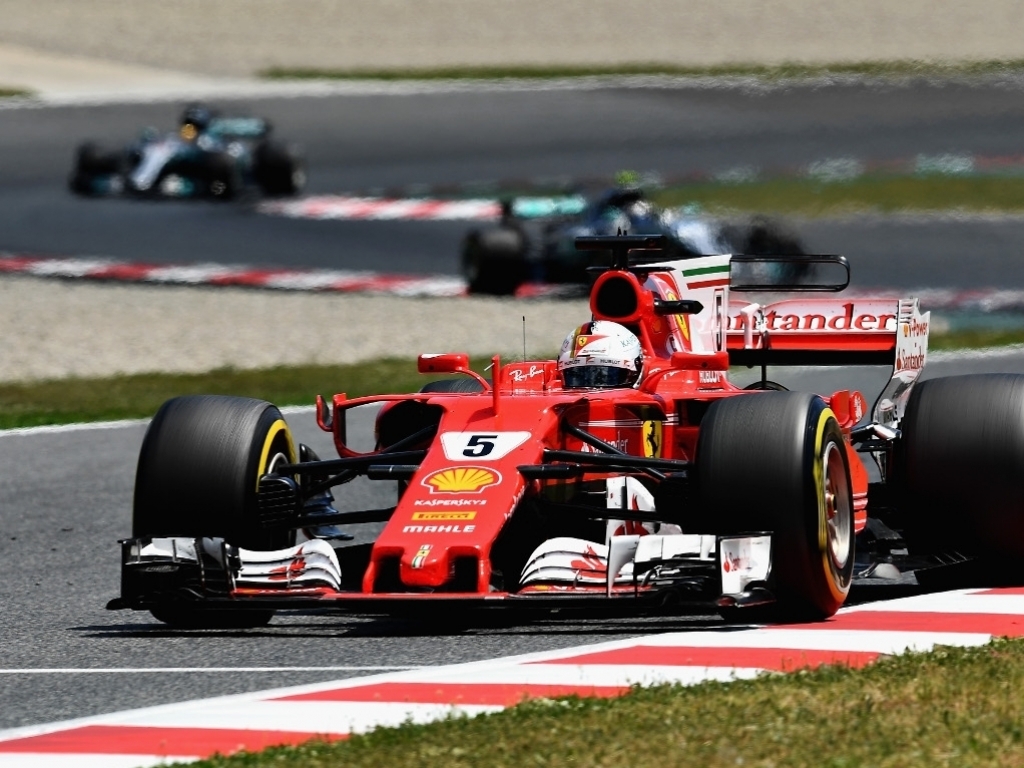 Sebastian Vettel has said he tried "everything" to get the better of Lewis Hamilton in a thrilling battle at the Spanish Grand Prix.

The title rivals now have two wins apiece in the 2017 season but the German still holds a slender six-point advantage in the World Championship race.

Vettel had to settle for P2 at the Circuit de Catalunya and re-lived the epic fight on the podium.

"I had a really good start with Lewis and myself both picking up wheel spin but I put the clutch in again and gained on him. Was really happy with that," Vettel said.

"I managed to stay ahead and settled into a nice rhythm, everything was fine.

"Then Lewis stayed out longer and did the opposite, mirrored the strategy whcih I knew at the end would be crucial.

"Then he came out and I was a bit surprised that it was so close.

"I tried to brake as late as possible, locked up, don't know if we touched but I managed to stay ahead.

"The lap after I was doing everything I can to try and stay in front and I was lucky as there were cars giving me a tow.

"As soon as I was alone he just flew past down the straight. It was a shame, we tried to stay in but well done to him.

"We did everything we could."

Asked about 'Plan C', he added: "We had a huge gap to Daniel behind so could have done anything.

"We were hoping that Lewis would struggle with his tyres but he didn't have any problems.