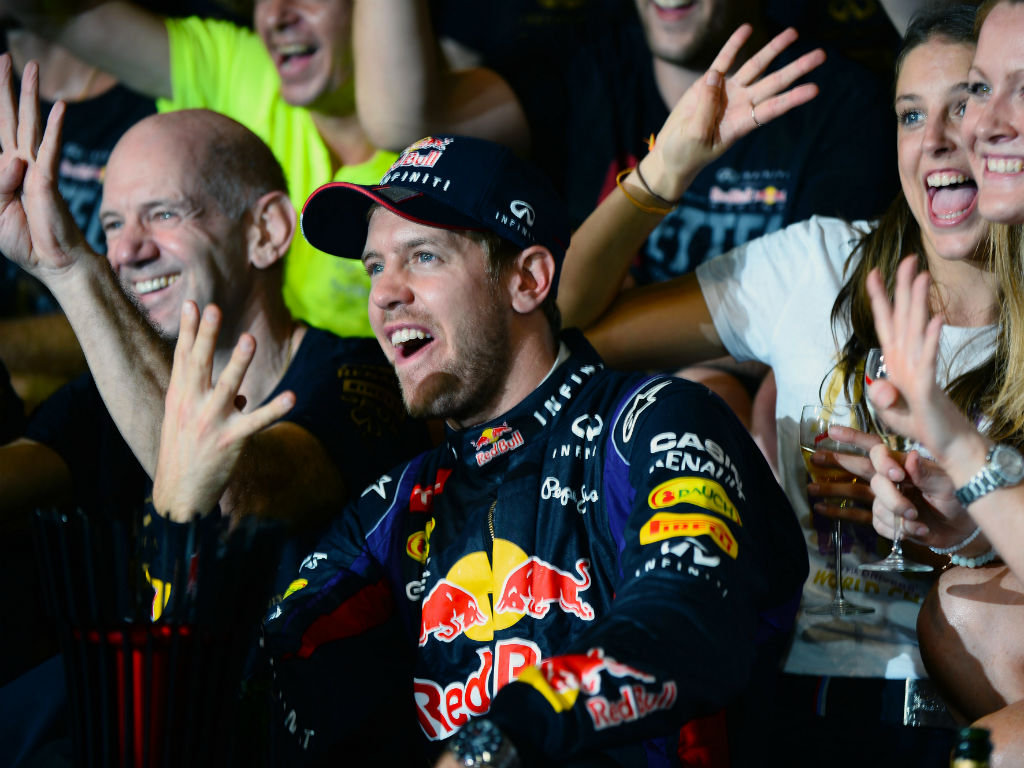 Sebastian Vettel believes the F1 teams with the bigger budgets will be successful in 2014, in spite of the rules changes that come into effect next year…

Sebastian Vettel admitted that the rules changes that come into effect in 2014 makes the season somewhat unpredictable, the world champion is confident that the teams with big squads – like Red Bull – won’t be affected too much.

Although there have been suggestions that the smaller teams will have an opportunity to close the gap to the likes of Red Bull in 2014 with the introduction of V6 turbocharged engines as well as changes to the permitted aerodynamic characteristics of the cars, the four-time World Champion has downplayed the effect the rules changes would have on the teams with bigger budgets.

“It’s very difficult to express expectations, especially with the new engine,” Vettel, who is one again the clear-cut favourite with online bookmaker Paddy Power to win the title, told Autosport.

“Nobody really knows what is going to happen but I think it will help the big teams at the front again, so the usual teams.

“It’s not clear in which order and it might be that the gaps are much bigger than they are now.

“It’s tricky because we don’t know how the races are going to unfold and trying to manage only 100kg of fuel on Sunday could be tricky, so we will see.”

“If Red Bull next year are not on the pace through testing and maybe the first few races, I have faith in the guys that they would find a solution pretty quickly,” the Australian, who will be expected to challenge for podiums and wins by Paddy Power.

“Whether the midfield is going to spread out or get closer, I don’t know.

“I would love everyone to close up. We definitely don’t want to see five-second gaps between the first and the last car.”