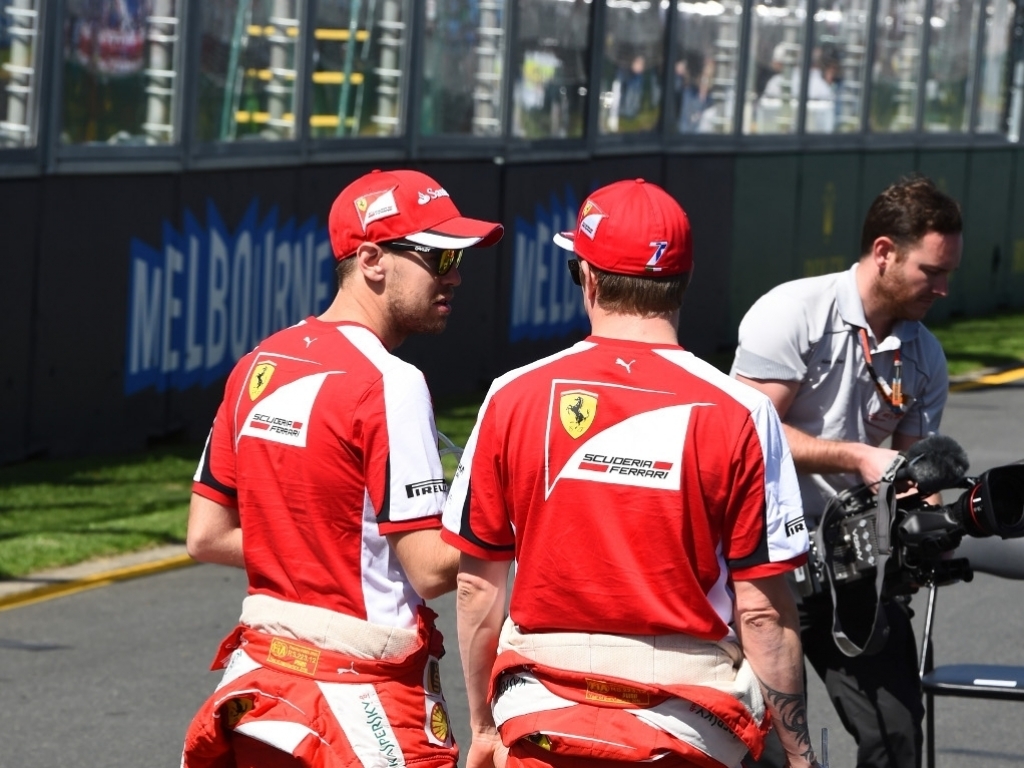 Sebastian Vettel is not worried about number one status at Ferrari, saying the "best thing" for the team is to give both drivers the same equipment and opportunities.

Although he has scored almost double the number of point of team-mate Kimi Raikkonen, the German is a long way behind the Mercedes pairing in the championship race.

With Lewis Hamilton sitting on 227, Vettel's 160 means he still mathematically has a shot at this year's World title.

But with Mercedes dominating and Vettel picking up most of his points through third-placed finishes, the four-time World Champion admits the "best thing" for Ferrari to do is treat both drivers equally.

"No this doesn't really exist," he told F1i.com. "If you make a new part, you do it two times at least, that's the way it has to be.

"But where we are now, if you look at also the gap [to Mercedes], the best thing we can do is to go racing, try to win and worry about ourselves and not look at others too much."

As for Ferrari's decision to re-sign Raikkonen for 2016, Vettel feels it was a "positive" move from the Scuderia.

"If you compare the results, he has had a rougher season so far that I have. But that is how it goes sometimes. In terms of performance I think it has been very, very close.

"And most importantly, I get along with him. Nothing has changed since we became team-mates. So I think that is positive, especially for the team not to worry about."