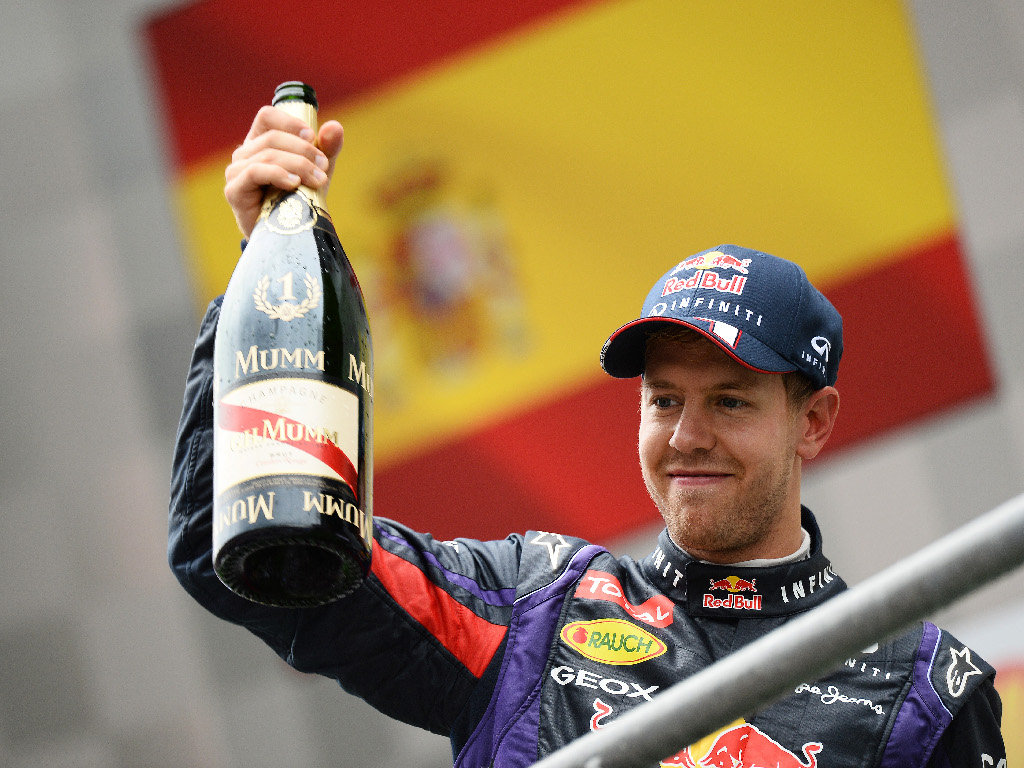 Sebastian Vettel has downplayed his advantage in the Drivers’ Championship after extending it to 46 points with his Belgian GP win.

Vettel made a flying start to Sunday’s 44-lap grand prix at the Spa-Francorchamps circuit, overtaking pole-sitter Lewis Hamilton the opening lap when he slip-streamed the Mercedes.

From there the Red Bull racer controlled the pace of the grand prix to take his 31st race victory by more than 15 seconds ahead of Fernando Alonso.

“The car was much better than we expected going into the race,” he said.

“We had a bit of pace in hand to control the race and I really enjoyed that a lot and I think the guys on the pit wall were not as stressed as other times.

“There was no rain so it was pretty easy calls to make. We are looking forward to Monza now where we don’t expect to be as strong but we will see.”

Vettel’s Belgian GP victory, his second at the Spa circuit, saw the triple World Champion extend his lead in the Drivers’ Championship to 46 points over Alonso.

But with a total of 200 still to play for, the 26-year-old insists this year’s title race is not a done deal.

“I didn’t think about the Championship or points. I know the higher up you finish, the better it is…” Autosport quotes Vettel as saying.

“This is such a great circuit and this was another great memory today. That is what I was focusing on.

“Regarding the Championship, there is still a long way to go.”