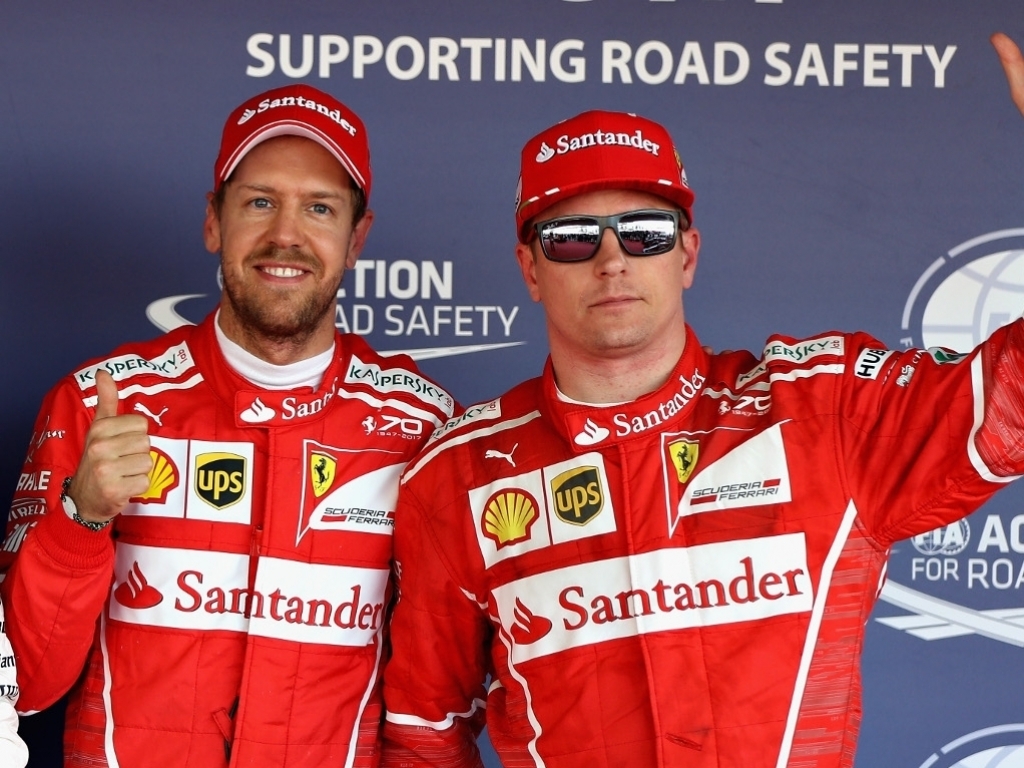 Sebastian Vettel is adamant both Ferrari drivers are free to race one another regardless of the title fight.

Scuderia team-mates Vettel and Kimi Raikkonen will start Sunday’s Russian Grand Prix from the front row of the grid having achieved Ferrari’s first qualifying 1-2 since 2008.

It has put the duo in a strong position for the race, however, they expect to face a stiff challenge from the Mercedes team-mates who are starting from the second row of the grid.

This has raised the question about whether team orders will come into play given that Vettel is leading the championship, 34 points ahead of Raikkonen.

Asked about it at the Sochi circuit on Saturday, he replied: “I think it’s simple – if I’m in front then he wants to pass me, if he’s in front I want to pass him.

“I don’t think it makes any sense to ask for help from outside.

“We know that we’re free to race and that’s what I believe and I know we’re both here to do.

“Today [qualifying] obviously was very close, I expect it to be very close tomorrow and we see how the race goes.”