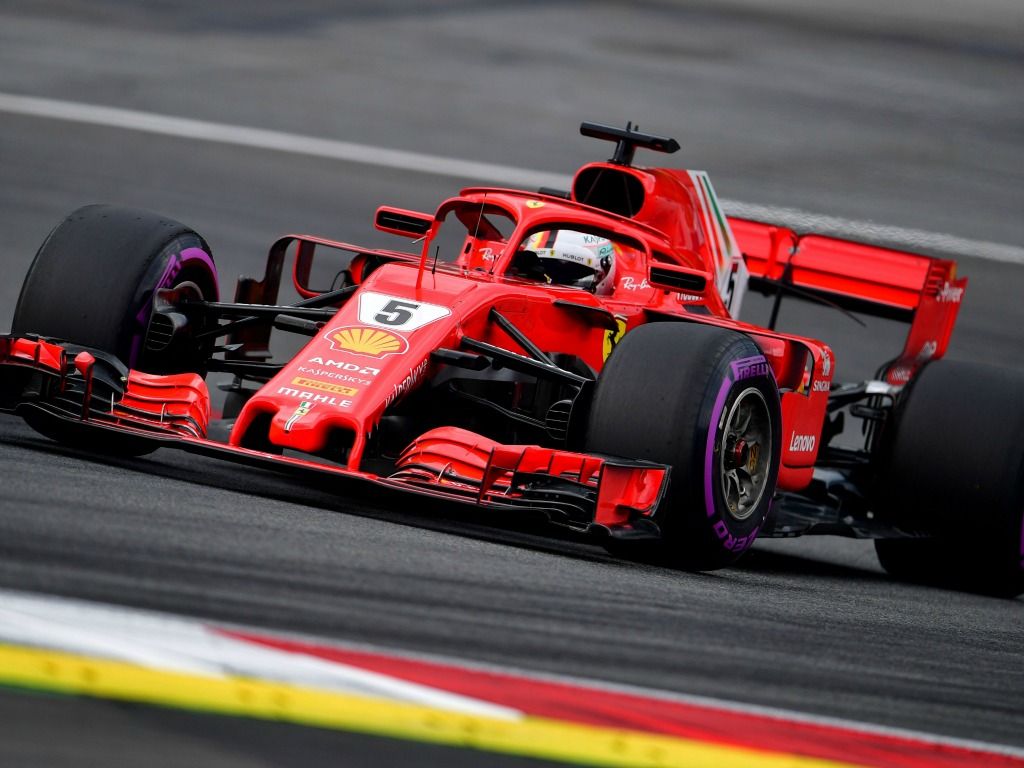 Sebastian Vettel will start the Austrian Grand Prix from P6 on the grid after being found guilty of blocking Carlos Sainz in Q2.

The Spaniard was forced to go off the track at Turn 1 to avoid Vettel during the Q2 session and picked up damage in the process.

But Vettel, who had initially qualifed P3, insisted back in the paddock that it was not an intentional action on his part, as his team radio did not inform him that Sainz was behind.

“I passed him on my fast lap in Turn Seven/Eight, and then I was looking down in the main straight and didn’t see him,” said Vettel.

“I was turning into Turn One and thinking he must be there somewhere but as it turned out he was trying to go for a fast lap but I couldn’t see him.

“I wasn’t told over the radio so I can only apologise to him. There was no intention, I was looking with my head down the straight.”

“It’s impossible to see, I wasn’t told anything, normally I get told very well.

“I can only apologise and fortunately it didn’t make a difference for him.”

It did not make a difference for Sainz as he still managed to reach Q3 and qualify in P9 for Sunday’s race.

But, the stewards have ultimately decided that Vettel could have done more to avoid the incident.

‘Car 5 had just finished a push lap and was on an in lap, travelling quite slowly into and around turn 1, on the racing line. The driver conceded that he had passed car 55 between turns 7 and 8 but assumed it had pitted after.

‘However, car 55 was actually commencing a push lap and closed on car 5 rapidly along the pit straight and into turn 1.

‘The latter was confirmed by the team representative. It is the belief of the Stewards that notwithstanding the absence of a radio call, the driver of car 5, being aware of the issue of rear vision with his mirrors, should not have been so slow and on the racing line, during a slowdown lap in Qualification.

‘Having reviewed all alleged impeding incidents since the beginning of 2016, the penalty of a drop of 3 grid positions is consistent with all other similar incidents.’

The decision means Kimi Raikkonen is promoted to P3 behind the two Mercedes cars, while Max Verstappen and Romain Grosjean also move up one place to P4 and P5 respectively.