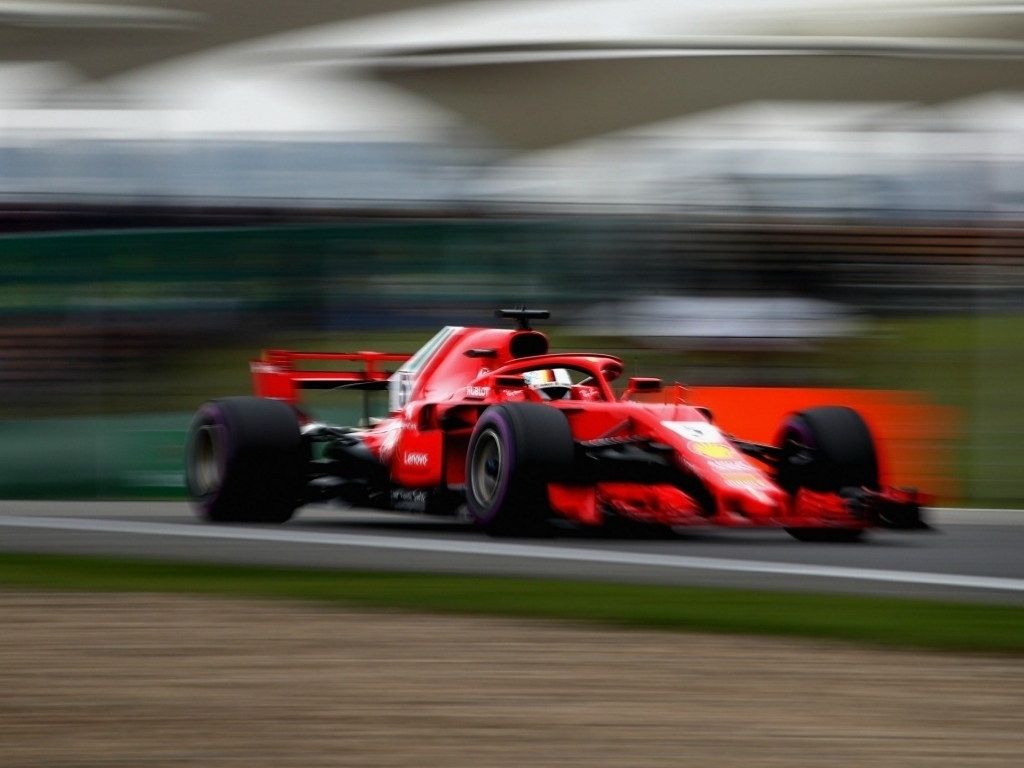 Sebastian Vettel clinched his fourth career pole in China after pipping Kimi Raikkonen by 0.087 seconds at the Shanghai International Circuit.

Raikkonen was on provisional pole once again heading into the final flying laps of Q3, but Vettel went quickest of all in the third and final sector to bag the 52nd pole of his career.

Mercedes were outpaced and outclassed by the Scuderia, but Valtteri Bottas got the better of Lewis Hamilton and the Silver Arrows duo will line up P3 and P4 respectively on Sunday's grid.

Hamilton aborted his final Q3 lap and was there for taking by Red Bull, yet neither Max Verstappen (P5) and Daniel Ricciardo (P6) could make him pay.

There was no sign of Ricciardo as the pit lane light when green for the start of Q1. The Aussie suffered a suspected turbo issue in FP3 and a new power unit change was delayed by Renault not providing a fully built-up engine for the Red Bull team to fit.

As the mechanics scrambled to get Ricciardo out in time, it was Ferrari setting the early pace with Vettel posting a 1:32.171, three tenths clear of Raikkonen. Verstappen split the two Mercedes cars in P4 as the Silver Arrows were slow to get going.

Then, in the nick of time, Ricciardo was ready to sneak one flying lap in after an excellent job from his pit crew. He managed to avoid the elimination zone just a tenth.

Unable to reach Q2 were the usual suspects at Williams and Sauber, with both cars unable to get out of the elimination zone; Pierre Gasly also came crashing back down to earth after his Bahrain brilliance with a time only good enough for P17 on the grid.

Both Mercedes and Ferrari started Q2 with soft tyres on both cars and Raikkonen managed to nip ahead of Vettel by 0.099 seconds after the first hot laps of the session.

Ricciardo improved dramatically on the ultras to slot into P3 while Verstappen once again split the two Mercs in P5. Bottas and Hamilton still struggling to make any real impression.

With race tyres in mind, a split in strategy looked as if it was emerging as Ferrari came back for the final flying lap in Q2 with Raikkonen and Vettel swapping to the ultrasofts. Mercedes staying loyal to the softs with a longer first stint on the agenda for Sunday.

Hamilton suddenly shot up to P1, the first driver to drop in the 1:31 mark and Bottas also improved to P2, just a tenth behind.

Ferrari, though, played the bluff on the ultras, with neither Raikkonen and Vettel completing their final laps and heading back into the pits. They, like Mercedes, will start Sunday's race on the soft tyres.

Down in the elimination zone, it was a double knock-out for McLaren with Alonso and Vandoorne out in Q2. They were joined on the sidelines by Kevin Magnussen in P11, Esteban Ocon in P12 and Brendon Hartley down in P15.

Attention then turned to Q3, and it was Raikkonen who put himself on provisional pole with a rapid 1:31.200. Vettel could not match him and was a tenth down in P2, while Bottas and Hamilton were four tenths back in P3 and P4 respectively. Red Bull in their familiar spot on the third row.

Bottas could not improve on his time, while Hamilton aborted his lap and headed straight back to the pits.

Raikkonen found improvement by 0.018 seconds but Vettel once again got the better of his team-mate, pipping him by 0.087 seconds.