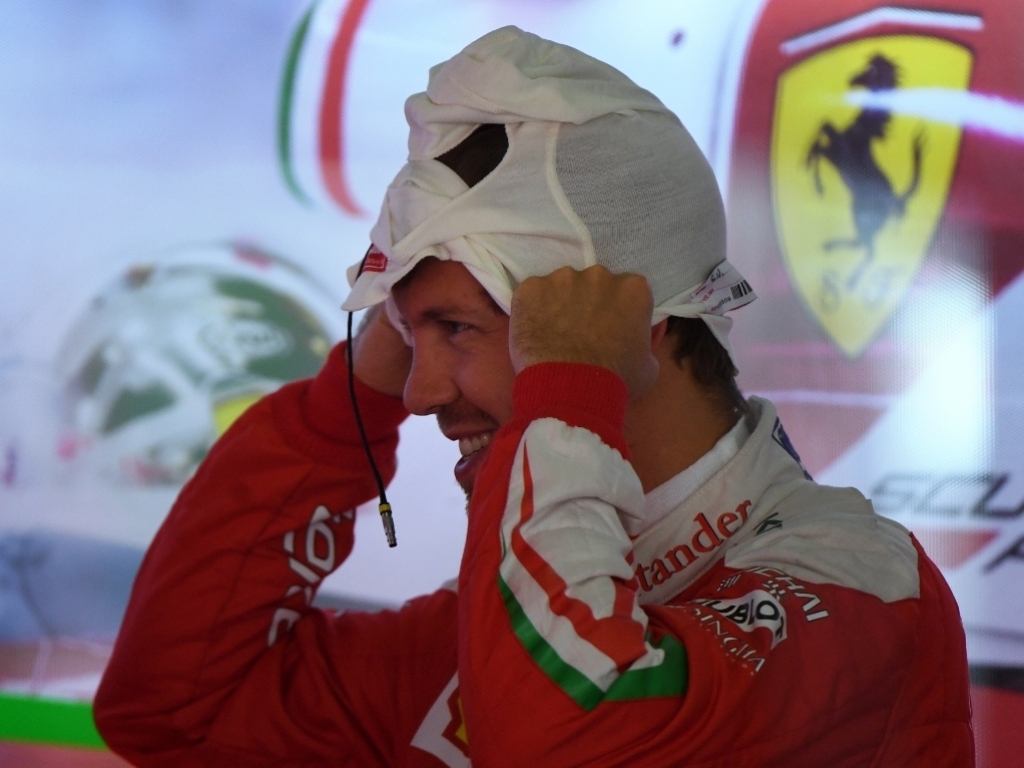 After the qualifying rounds concluded ahead of the Chinese Grand Prix, Ferrari driver Sebastian Vettel was left disappointed at his fourth position on the grid.

In a bid to conserve his tyres, Vettel came out the pit lane late into Q3 as the Italian-based team hoped to challenge the Mercedes during Saturday's proceedings. He ended up only managing one hot lap.

The four-time World Champion also added that it will be an interesting race as Nico Rosberg, who will be starting in pole position, will be on a different compound tyres.

"We did only one run in order to save a set of tyres," the 28-year-old explained.

"I was confident I could make it on the last lap, but I didn't. I wasn't happy with the run, I did a couple of mistakes here and there which cost quite a lot of time. So in all honesty I don't deserve to be in the top three.

"We'll first focus on the start, and the last one I had was very good, so I'm confident that I can have another good one and we'll go from there. We have strong car, the balance was better today than it was yesterday.

"Obviously there's the Red Bull that has squeezed past, but I think we can be quicker tomorrow so our target is to go forward from where we are now, and I think we have good chance of finishing higher than fourth."