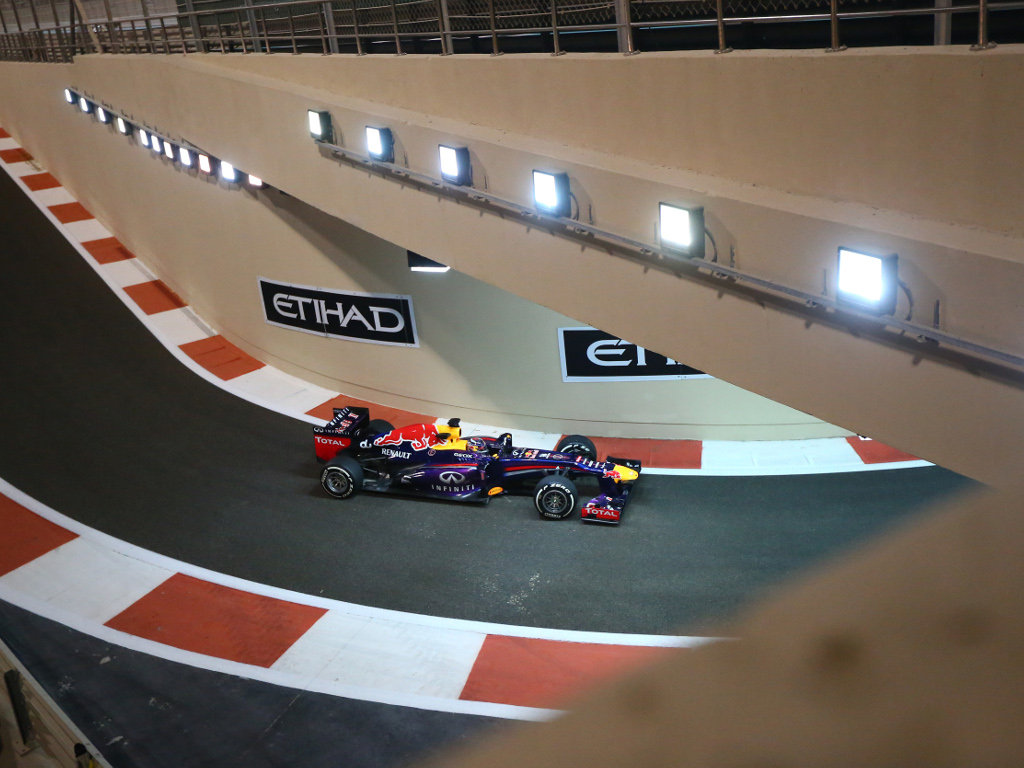 Sebastian Vettel believes Lotus will be Red Bull’s biggest threat at this weekend’s Abu Dhabi GP as he looks for his seventh win on the trot.

The German has been in fine form on his way to a fourth Drivers’ Championship title, which he wrapped up last Sunday in India.

But despite winning the crown, Vettel insists he won’t take his foot off the gas as he chases his seventh consecutive victory this weekend.

Setting the pace in Friday’s practice at the Yas Marina circuit, he clocked a 1:41.335 to edge team-mate Mark Webber by 0.155s.

The timesheets, though, didn’t tell the entire story as a brake disc issue meant Romain Grosjean, who was quickest in FP1, did not set a time on the soft tyres.

The Lotus driver and his team have also been up there in recent races and Vettel is predicting more of the same this Sunday.

“It will be the usual suspects, to be honest,” he said.

“Lotus is exceptionally quick, especially come Sunday. They might be able to pull off strong pace later on in the stint so we will have to keep an eye on them.”

“Mercedes are strong on one lap for tomorrow.”

But while Red Bull, Mercedes and Lotus looked strong on Friday, Ferrari struggled with Fernando Alonso down in eighth place and Felipe Massa 10th.

Asked about Ferrari’s woes, Vettel said: “I haven’t seen much of Ferrari today – I don’t know what they did but judging the long run pace is difficult because I just finished mine.”