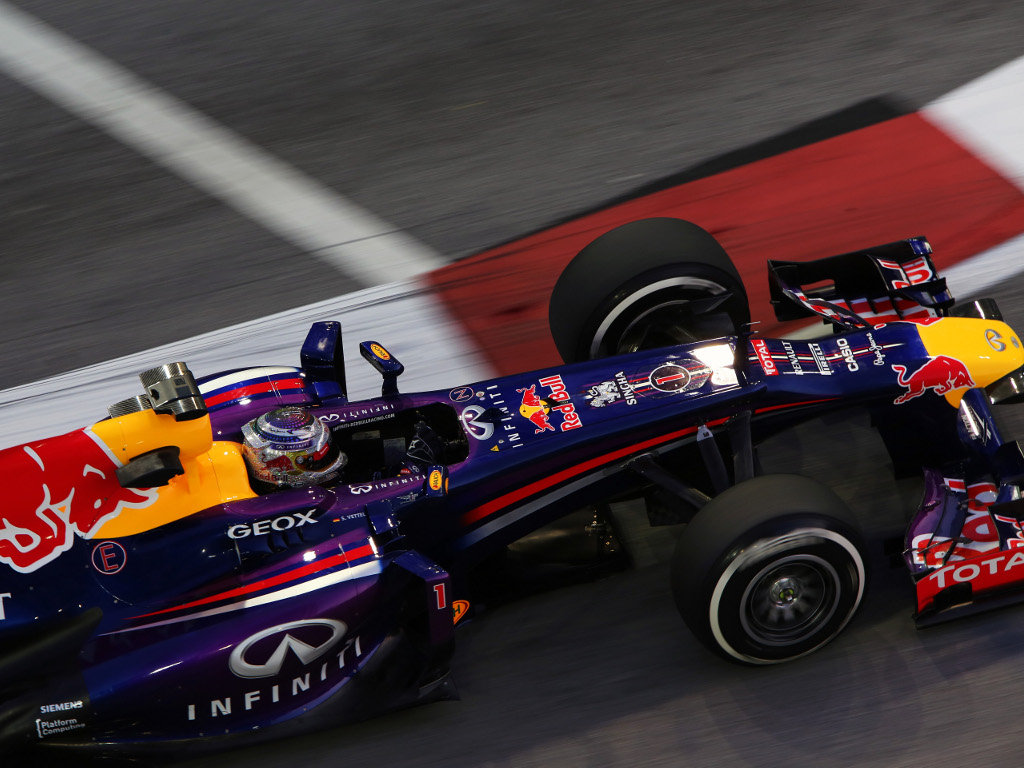 Rather ominously for his rivals, Sebastian Vettel is “looking forward to qualifying” in Singapore having trounced them in Friday’s practice…

Rather ominously for his rivals, Sebastian Vettel is “looking forward to qualifying” in Singapore having trounced them in Friday’s practice.

The Red Bull racer dominated proceedings on Friday night as he posted a 1:44.249 under the lights at the Marina Bay circuit.

That put him 0.604s up on his team-mate Mark Webber while Nico Rosberg, the nearest non-Red Bull driver, was a full second down on the German’s time.

“It went pretty well. A bit warm, maybe…,” Vettel said with a laugh.

“In the first session I was not so happy as I had quite some oversteer, but then in the second things went pretty smoothly.

“We really made a step forward. The car felt really good – and if you have confidence in your machine you can take it closer to the walls. Both tyre compounds worked, so I am looking forward to qualifying.”

The reigning World Champion, though, is refusing to rule out Mercedes’ challenge even admitting that he was surprised by his advantage in practice.

“I think Mercedes is very strong, so we have to watch out for them,” he said.

“It is a bit of a surprise – but maybe they didn’t have the cleanest lap. As I just said, I expect them to be very strong in qualifying, but we will be there as well.”

Speaking to the official F1 website, Vettel added that he believes Red Bull can carry their pace through to Sunday night’s grand prix.

“I know that we have a strong package and that the track suits our car, as we have demonstrated today.

“We also know that overtaking is not the easiest of things here, so much will depend on qualifying and your race strategy.

“When you look at the season so far, we’ve done well at very different tracks so nothing speaks against a good result for us. Tomorrow afternoon we will be a bit wiser – and on Sunday evening we’ll know.”