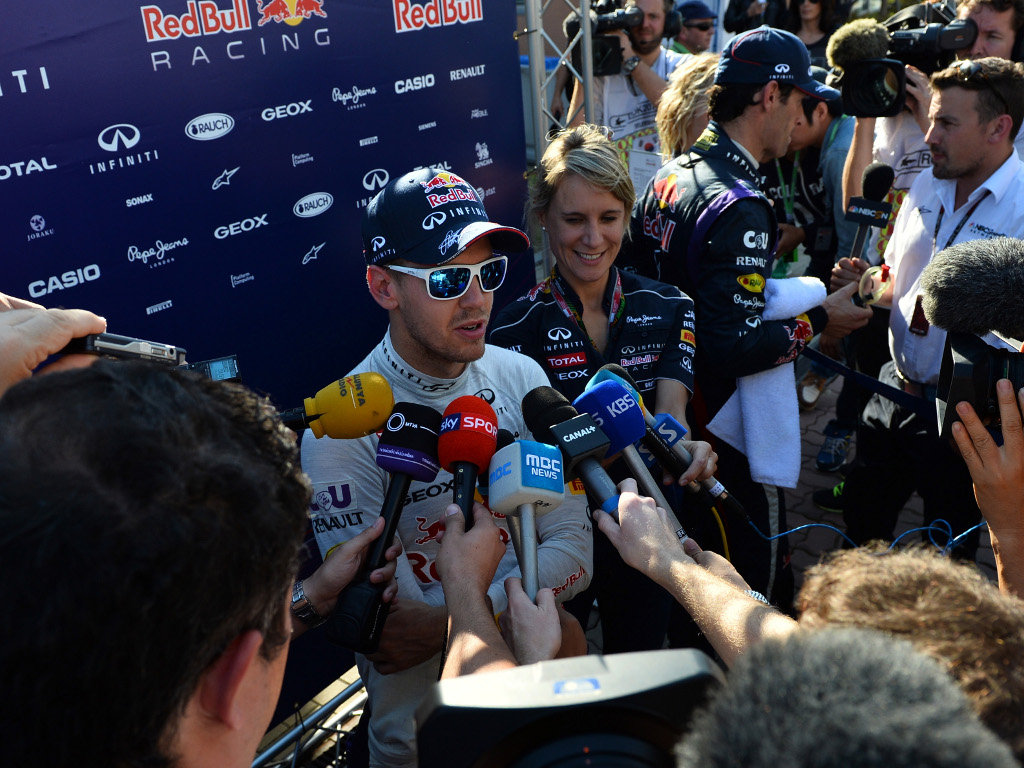 The Red Bull racer claimed his third successive pole position and his second in Korea when he edged Lewis Hamilton to the P1 slot on Saturday.

Clocking a 1:37.202 on his first flying lap in Q3, the German’s time proved to be unbeaten with Hamilton falling 0.218s behind.

Vettel, though, is adamant he won’t be running away with it on Sunday as he did last time out in Singapore as he expects a stern test from Mercedes.

“I think it was fairly close as you could see,” said the reigning World Champion.

“I had a very very good lap in Q3 on my first attempt. I knew it would be tricky to beat that time for myself.

“I tried again but on the second run I caught Kimi on warm up lap and then I was a bit too close and we didn’t have much time in hand to drop back further. It was not ideal

“As expected Mercedes was very strong, I think they feel comfortable in the middle sector. So it’s a tight battle.

“A bit of a surprise that we’re very good in sector one, which is mostly straights and the car is pretty good through those two corners. It seems it is competitive down the straight which is helpful for the race as it’s the easiest part of the track to make up time.

“We have got the balance right this weekend and improved the car from yesterday as I was not entirely happy after final practice so all in all we can be happy with what we’ve achieved.”

Vettel, who is leading this year’s Championship by 60 points over Fernando Alonso, may have to battle more than just the Mercedes drivers on Sunday as forecasts still suggest there could be rain and heavy winds.

Asked whether he would prefer a dry race or rain, Vettel said: “I don’t really mind, it’s not a disaster if it starts to rain as same as usual we have rain tyres in the garage.

“But they were talking about heavy winds. When I arrived on Wednesday, it was very windy, but since then it has died down since then and I think the typhoon has changed direction.

“I think tomorrow should be fine in terms of conditions. But If we get some rain from the typhoon isn’t 100 percent clear but it doesn’t matter.

“The most important thing is that we did the job today and am looking forward to the race tomorrow.”