Home Uncategorized Vettel: F1 in store for a good race 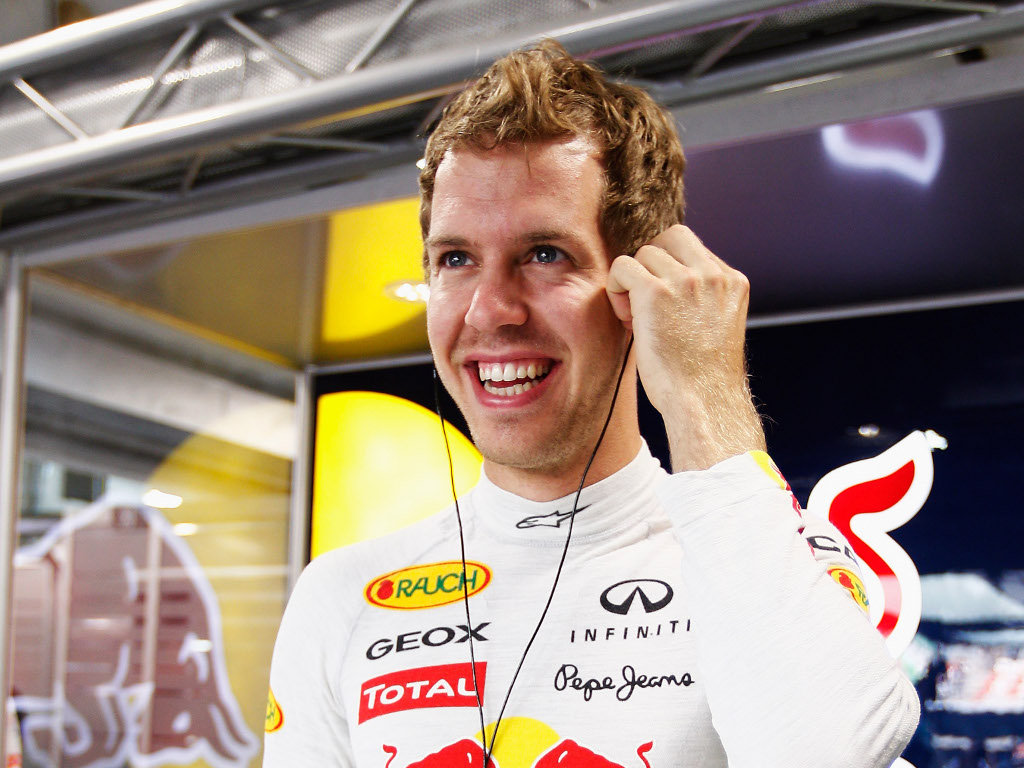 Sebastian Vettel says he’s expecting a “good race” come Sunday in India after putting in his first laps of the Buddh International circuit on Friday.

Friday’s running in India saw a few issues arise as many of the drivers, including Vettel, complained of a very dusty track. There was also an issue with a stray dog running across the circuit in FP1, bringing out the red flags.

But once the resumed as the drivers cleared the dust with their tyres, the track proved to be quick and challenging.

And although Vettel did not top either of Friday’s sessions, the Red Bull racer finished FP2 in second place, just 0.088s behind pace-setter Felipe Massa.

“It’s very dusty to start with, but the track seems fun, especially the wide entries give a lot of options to all the drivers. We’ll see a good race on Sunday.

“It is tricky, because it’s so dusty offline in particular. If a car goes off in front and comes back it carries all the sand on the line, so it’s not easy.

“It will be a bit the story of the weekend, so we have to make sure we stay on line. Unfortunately we have to live with it, but I think it will improve throughout the weekend. It shouldn’t be a big problem in the race.”

As for his failure to get better of his rivals, Vettel insists he is not at all fazed by it.

“It’s Friday, it doesn’t really matter, the top ranking. I think we can be happy.

“The car felt good, straight from this morning, and it was about getting into the rhythm of the circuit, getting to know the car around here, and that seemed to work quite well. Our long run seemed good. We’ll have to see, it’s still early.”

As for his team-mate Mark Webber, the Aussie, who is still chasing his first victory of the season, says conditions changed rather dramatically between the morning and the afternoon.

“This morning was good, this afternoon it was a different girl, she wasn’t talking me that well! We’ll get it back tomorrow.”

However, in order to get it back, Webber admits he needs to master the corners, some of which he found rather frustrating.

“It’s got quick left/rights where the car is in fourth and fifth gear, which is nice, instead of second gear everywhere. It’s a good track.

“As usual some of the low speed stuff is quite challenging, even though it’s slow. You always think that the faster corners are more challenging, but Turn 3 is for example quite tricky, and also Turn 4 is not straightforward.

“They are probably the most challenging and frustrating corners to get right, a lot of lap time in there. But the quick stuff is always rewarding.”