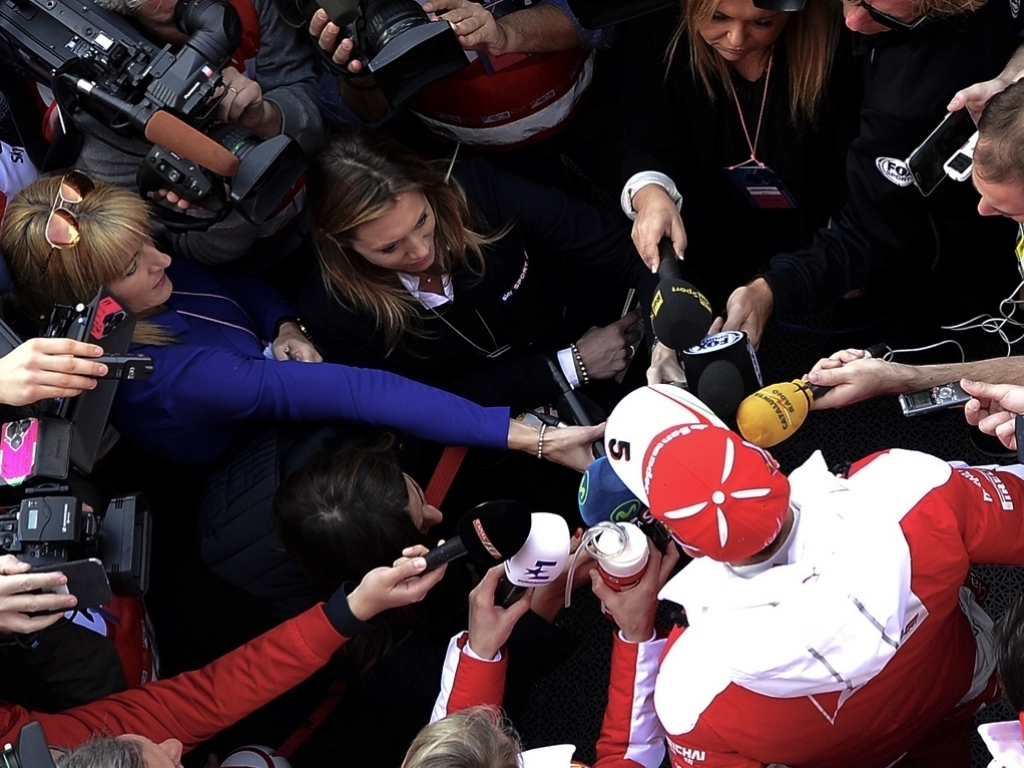 Sebastian Vettel says a lot of "sweat and talent" has gone into his SF16-H which was again topped the timesheets in Spain on Tuesday.

The Ferrari driver made a flying start to pre-season testing as he set the pace on Day One at the Circuit de Catalunya and followed that up with another P1 on Day Two.

Using Pirelli's ultra-soft tyres for the first time, Vettel posted a 1:22.810 to edge the Red Bull of Daniel Ricciardo by seven-tenths of a second.

"We've been working on a lot of things as you can imagine," he said. "It is a brand new car, we have new bits on the car and things in different places.

"There's still a lot of stuff that we know is coming, and we know we have to improve, but overall for these two days I'm fairly happy.

"I think so far the first thing that matters is that the feeling is good and the initial feeling was fine.

"I think building up in the first two days was important – the car is reacting, doing what I ask for, so that's positive now.

"Hopefully Kimi has a similar impression and we know that there's a lot to do. We need a lot of mileage and there's stuff to work on but for now it feels okay."

The four-time World Champion hailed the efforts put into the SF16-H by all at Ferrari, saying it is a "completely different approach and project."

He added: "Outside you see some changes – obviously the nose is very different, the front end of the car – but inside there have been a lot of changes as well, so I'm not going to touch on those but as you can imagine you try to improve and yeah, try to make the car faster overall.

"A lot of people have put a lot of sweat and talent in that car, so hopefully it turns out to be a good one."

Testing continues on Wednesday with Kimi Raikkonen taking over the driving for the final two days of the test.