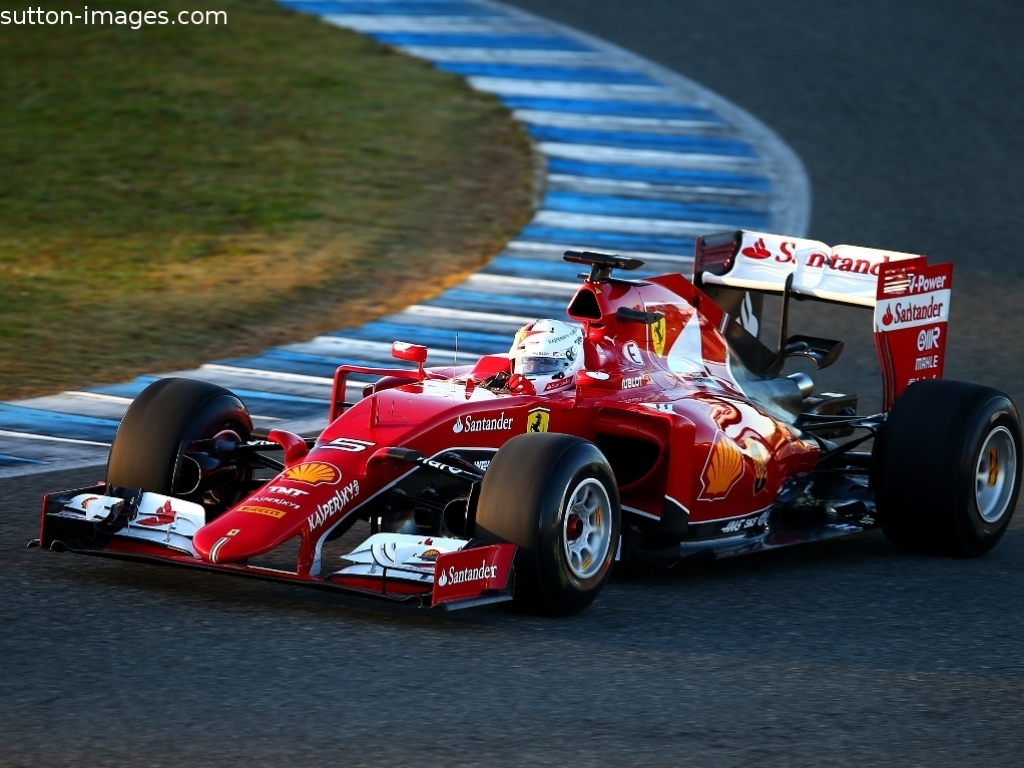 Formula 1, albeit only testing, made its long-awaited return on Sunday with the first pre-season test at Jerez and it was the Ferrari of Sebastian Vettel who took the honours.

Just over two months after a mediocre end to their 2014 campaign, Ferrari kicked off a new era with four-time World Champion Vettel topping the timesheets in the afternoon session after the familiar names of Nico Rosberg and Mercedes were at the front in the morning.

Rosberg, as expected, initially had the upper hand at lunch as he was more than a second faster than his nearest rival Daniel Ricciardo in the Red Bull with Vettel more than 2.5s off the pace.

However, the Ferrari man improved after the break and initially hit the front with a 1:22.958 before reducing that by 0.268 with just over an hour to go in the session.

He remained top when the chequered flag came out with Marcus Ericsson, who was debuting the Sauber C34, going second fastest late in the day with a 1:22.777 with Rosberg third with Ricciardo and Valtteri Bottas in the Williams completing the top five.

Unsurprisingly it was Mercedes driver Rosberg who completed most laps on Sunday – an impressive 157 laps with his car proving to be very reliable. Bottas was next best in the lap stakes with 76.

As expected several of the teams had niggles with Fernando Alonso enduring a frustrating day in the new McLaren-Honda MP4-30. Having emerged just before midday, he racked up six laps before lunch, but there were more issues after the break with the team revealing they are "tracking down a niggly problem – which is taking some time. Hope to be out again before the end of the day."

Sadly he didn't re-emerge later in the day while Ricciardo's Red Bull had issues with the battery and Carlos Sainz caused a red flag late in the day after problems with his new Toro Rosso. The Spaniard, though, still managed 46 laps.

Lotus, meanwhile, failed to make an appearance with the team revealing that they were forced to delay transporting their E23 to Jerez. However, the cars are expected to arrive later on Sunday.