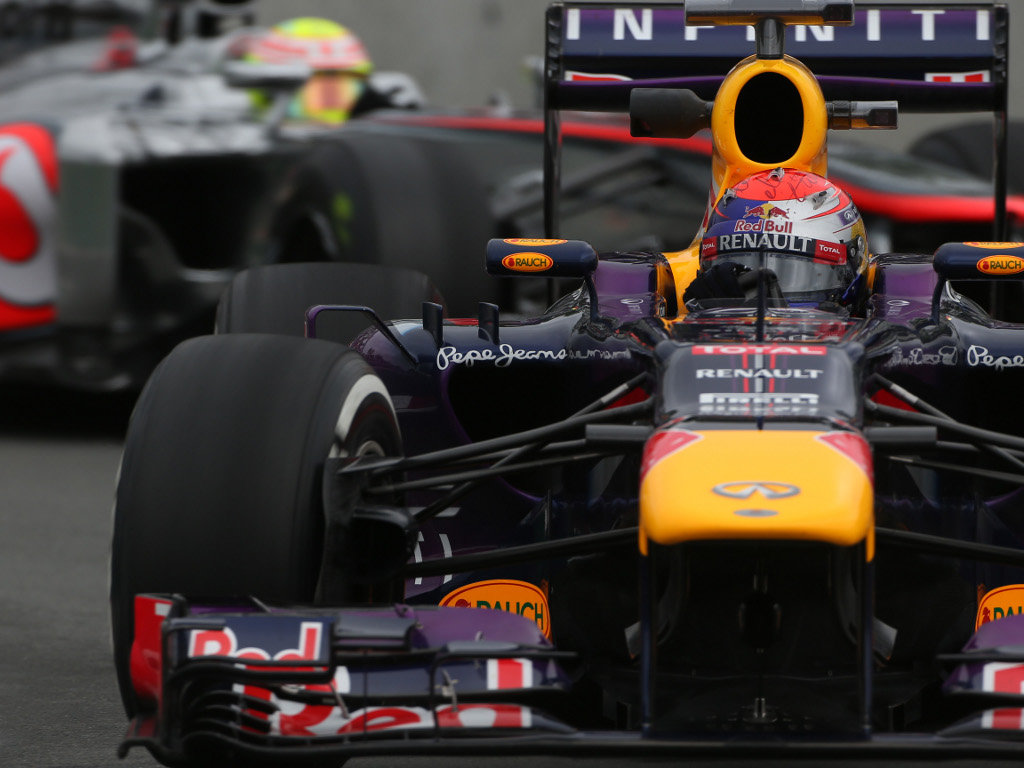 Sebastian Vettel admits Red Bull could have stiff challenges from Ferrari and Mercedes for this weekend’s Canadian Grand Prix victory.

Ferrari and Mercedes emerged as the teams to beat in Friday’s second place at the Circuit Gilles Villeneuve.

Vettel could only manage the seventh best time, 0.462s down, while his team-mate Mark Webber was fourth.

On the long-distance pace it was once again Ferrari who proved to the quickest with Webber matching Alonso’s times. Mercedes, though, weren’t far behind.

“I haven’t seen the comparison but it felt pretty good,” Vettel said.

“Always difficult to know what other people are doing in terms of fuel runs etc, so maybe we were a little bit lighter if we appeared a little bit stronger.

“But I think all in all it was a good run – a good final run – on the short run I think we have some room for improvement; Mercedes looked very very quick again so we’ll see what we can do tomorrow.

“On one lap if you just look at the timesheet Mercedes was very quick, Ferrari looked very competitive in both long and short runs, so I think those will be the main two rivals.

“Never forget the Lots; they can be a surprise in the race by going further than everyone else. It’s difficult to say, all these teams I’ve mentioned we need to keep an eye on.”

The German, who has never won the Canadian Grand Prix, reckons the weather could play a role with more rain forecast for later in the weekend.

“It was tricky this morning with the wet, pretty much up and down with the conditions and then this afternoon fortunately we had some dry conditions but it’s been quite slippery, low grip.

“Also at the end it’s quite cool, we mustn’t forget, so I think the dominating factor is the weather. We don’t know what is going to happen tomorrow but I think more or less happy with where we are.”