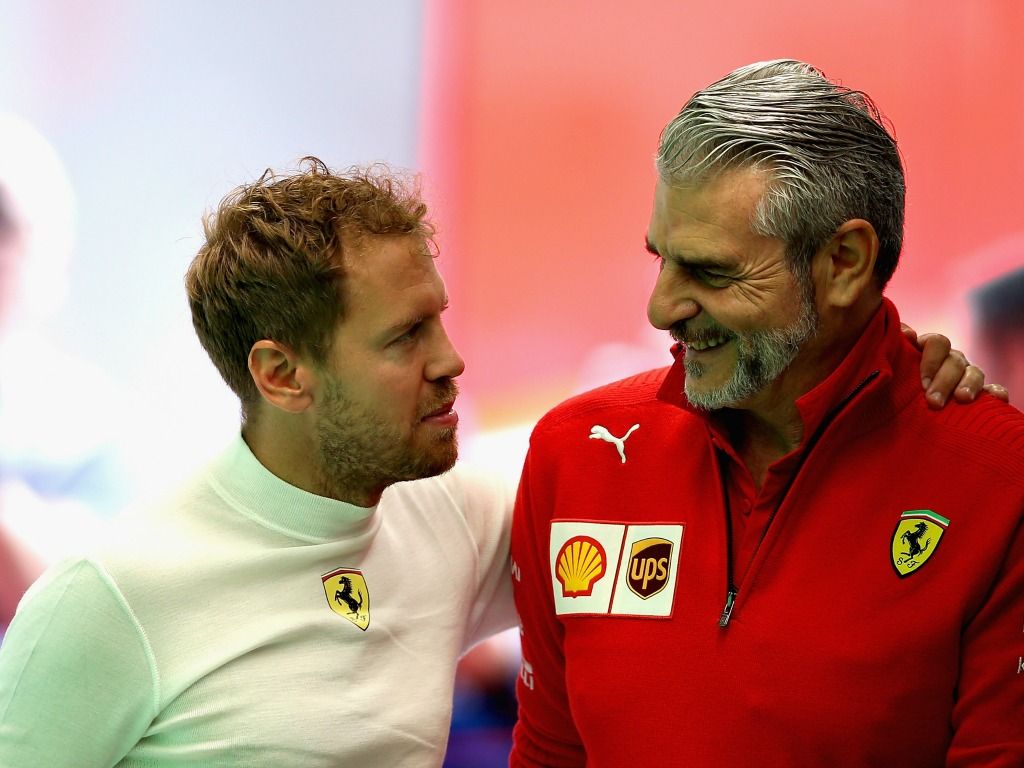 Sebastian Vettel has declared himself “happy” with Ferrari’s opening day on track ahead of the Austrian Grand Prix on Sunday.

Vettel was able to narrow the gap between himself and Lewis Hamilton’s Mercedes from three tenths to two as he settled for P3 after FP2 at the Red Bull Ring.

And the four-time World Champion was pleased with how he and Ferrari have kicked off the latest grand prix weekend.

“We can always improve, but today I’m happy,” Vettel said.

“The car was pretty good, so we’ll see what we can do tomorrow.

On this track it is true that the kerbs can be aggressive somehow, but today we didn’t have any issues and hopefully we won’t have problems tomorrow and in the race.

“We did a lot of laps, which is good, and usually on Saturday we can make a good step forward, so we should be well prepared for tomorrow and for Sunday.”

Team-mate Kimi Raikkonen, who was P6 in both sessions in Austria, added. “It was a normal Friday session.

“Obviously, we have some work to do to find the right set-up for tomorrow, like at any other race.

It’s hard to judge our performance compared to other teams, because we don’t know what the other were doing, but in general it was not too bad. Tomorrow we’ll see where we are.”