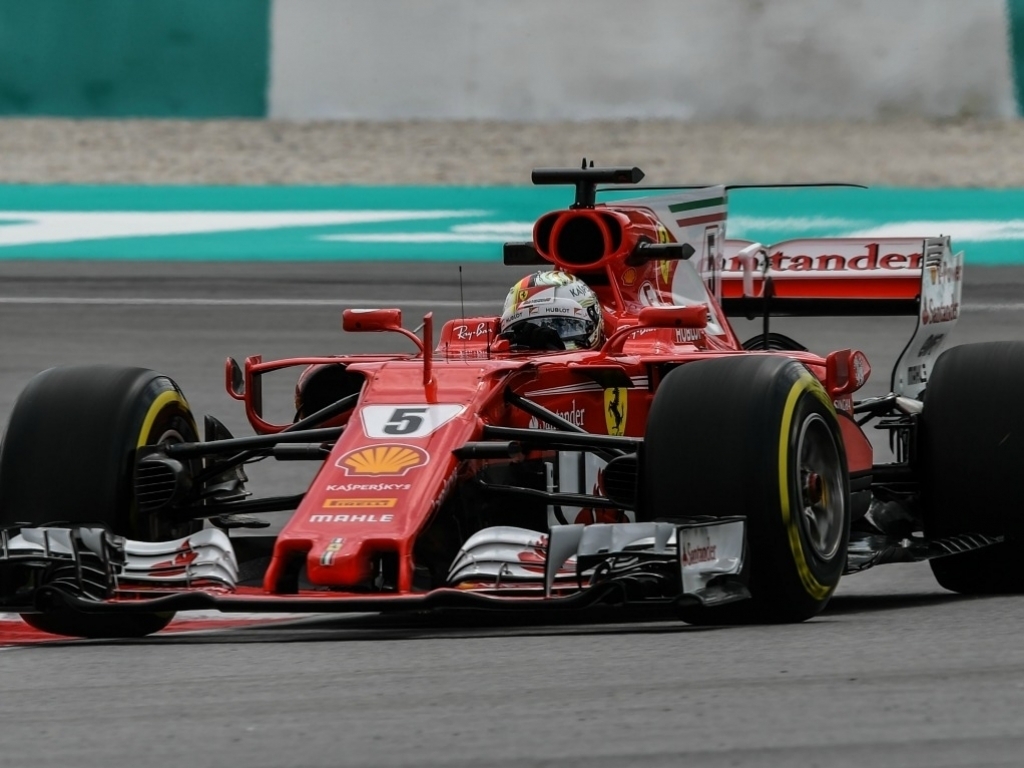 Sebastian Vettel was nothing more than content with his first few laps in Malaysia after a stop-start opening day at Sepang.

Vettel finished top of the pile in a shortened FP2 – due to Romain Grosjean's crash – setting a new track record in the process after being over a second quicker than the previous best set by Fernando Alonso in 2005.

But Vettel believes there is still plenty more work for the Scuderia to do.

"This morning was a bit more mixed. This afternoon we didn't get the running that we wanted due to the red flag, apart from that it was OK. Still some things we must improve.

"Red Bull looked very fast in the mixed conditions this morning, in the damp and wet on the intermediate tyres. Overall I think it's been a decent day. We will see what tomorrow brings."

Kimi Raikkonen was six tenths behind in P2 and, in his usual brief and straight to the point style, thinks Ferrari have a lot more pace to show.

He said: "Everything went smoothly, not too bad. I thought my car was not too bad but we didn't do too many timed laps and we can go an awful lot faster."