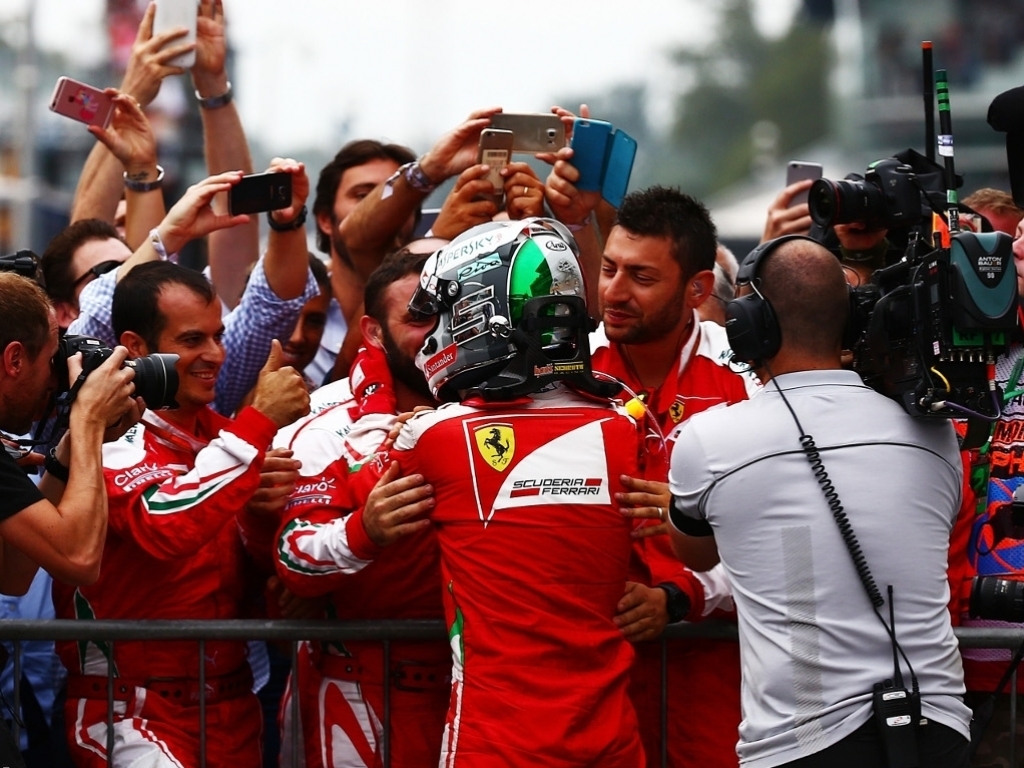 A distant third behind the Mercedes drivers at Ferrari’s home race, the Italian GP, Sebastian Vettel is adamant Ferrari will come back.

The German was unable to challenge the Mercedes drivers at Monza this weekend, falling short in qualifying and again the grand prix.

Although Lewis Hamilton had to fight back after falling to sixth, neither Vettel nor Kimi Raikkonen could prevent him from passing them with his one-stop strategy.

Mercedes romped to the 1-2 with Nico Rosberg the race winner, while Vettel had to be satisfied with a podium result in front of the tifosi.

“We are trying, working very hard,” he told the crowd.

“They [Mercedes] are going a good job so well done to them and show them respect.

“But we are fighting.

“I am sure Ferrari can come back, I can’t make any promises about when but I know that we will.”

He added: “Keep believing, we believe in it: we will succeed.”

Vettel did have a brief opportunity to lead the race at the very start when he battled Rosberg into the first corner.

It was, however, the Mercedes driver who grabbed the position.

“It was a good start,” Vettel said. “I got a bit stuck, maybe I should have gone left but I went in the middle and was side-by-side with Nico.

“He did a good job braking for Turn 1, I was hoping he would go on the brakes sooner but he didn’t, [there was] another crack into Turn 4 but I wasn’t close enough.”

He added: “They [Mercedes] are a bit quicker than us in race pace as well, you could see in the end the result was fairly clear.

“Still it’s been a mega day for Ferrari to get so much support, it felt more than last year, hopefully it peaks next year.”