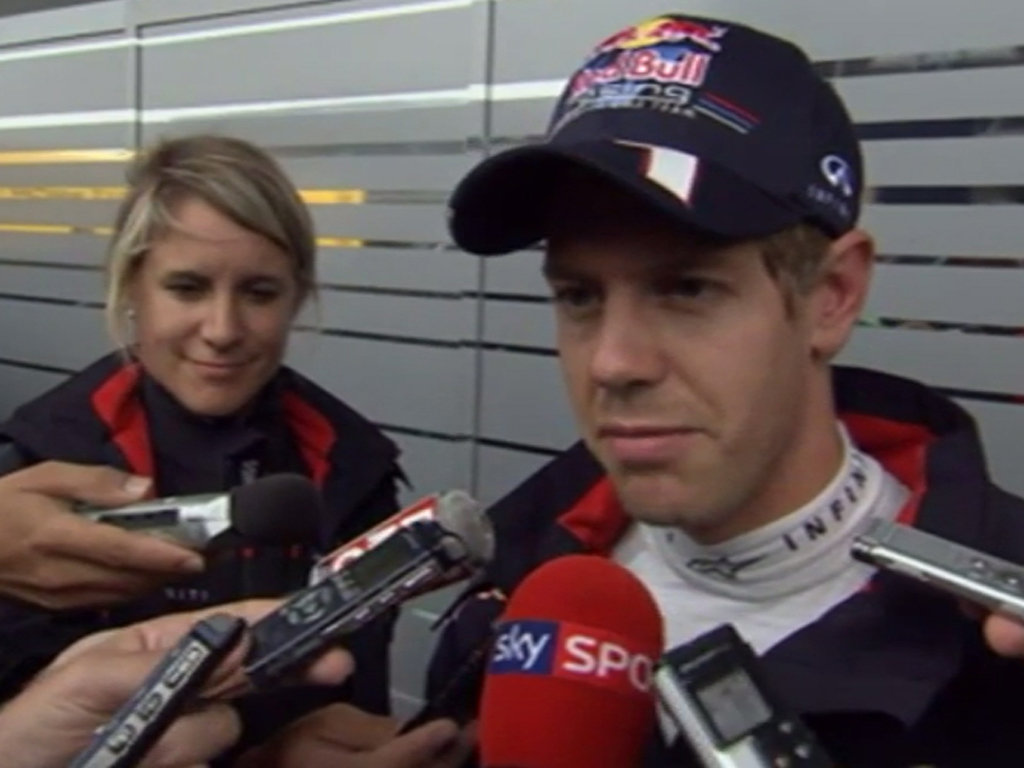 Sebastian Vettel admits he is flattered by reports that Luca di Montezemolo sees him as a possible Ferrari driver, but insists he has no agreement with the team…

Sebastian Vettel admits he is flattered by reports that Luca di Montezemolo sees him as a possible Ferrari driver, but insists he has no agreement with the Italian squad.

The double World Champion has been strongly linked with a move to Ferrari in recent months with some reports even suggestion he already has a verbal agreement with the team.

Ferrari president Di Montezemolo and team principal Stefano Domenicali have also expressed their admiration for him with the latter saying the German and Fernando Alonso could “easily co-exist” as team-mates.

The reports, tough, refuse to go away and Vettel was once again asked about a potential move to Ferrari by German tabloid Bild.

He replied: “I am honoured that Stefano Domenicali and Luca di Montezemolo see me as a possible Ferrari driver.

“It is clearly flattering, but there is no signal from me. I have not signed, nor agreed with a handshake.

“But if you would ask the 24 drivers in Formula 1 if (they) would like a career with Ferrari, then all would say: Yes! And it is the same with me. It is just an awesome race team, but it has to fit on all sides. Who knows, maybe everything is different and then suddenly I go somewhere else.

“It may even be that I never go anywhere else in my career, because there simply is no better package than Red Bull.”

The 25-year-old, whose contract expires at the end of the 2014, also insisted that he is happy to stay with the Milton Keynes squad.

“I’ve almost grown up with Red Bull, we are a family, I like the atmosphere here in the troops,” he said.

Vettel says he is determined “take care of this season” rather than focus on speculation about his future.

“It is very tight at the top. This is crucial because I want to defend my title and that is hard enough this year,” he said.

“I can not and will not concern myself with what can happen in the future. Alonso recently said that he was first rumoured to have signed a Ferrari contract in 2005. It then took until 2010 before he became a Red. In between were five years. “