Home Uncategorized Vettel: Gap to Merc is still there 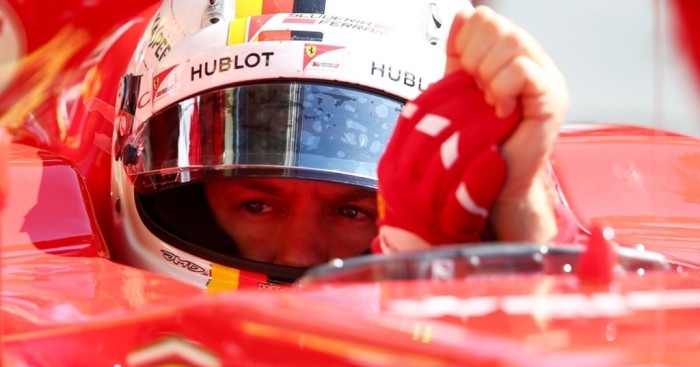 Sebastian Vettel says it's not fair to judge Ferrari's updates on Friday's times as he did not put in the best lap given the track conditions.

Although Ferrari arrived in Spain with a host of upgrades, including a tighter packaged car and a new floor and diffuser, the gap to Mercedes remained.

While Lewis Hamilton set the pace with a 1:26.852, Vettel's quickest lap put him second, 0.408s down on the Mercedes driver.

The German, though, says it is too early to pass judgement on Ferrari's updates.

"I think we can improve the cars, but the gap with Mercedes is still there," he said.

"It was not the best lap today, but I believe that in these conditions it is difficult for everybody.

"The difference between the two tyres compound is quite big on a lap for us, while on the long run it is a lot smaller, but then when you slide so much you can't really extract the performance out of the tyres.

"Today everyone was sliding a lot, so it's not entirely fair to judge the new pieces on the car. But most important, there's nothing wrong with them: they're working as expected so we can hopefully build into that."

Speaking more about the track conditions, which left many of the drivers complaining about balance and a lack of grip, Vettel reckons between the wind, the heat and the renowed low grip of the surface, it made for a slippery day out.

"I think it's quite straightforward that the Medium are the faster tyres, but today it was a bit slippery for all the cars.

"Grip seems to be very low, nothing abnormal as we've seen it across many years now. When we come from the winter usually in summer the track is quite a bit slower.

"It always helps when there are cars around and I think everybody covered quite a lot of laps today: of course on Sunday it will improve, but the general conditions will remain the same.

"They say it is going to be a bit cooler on Sunday and maybe that will help."