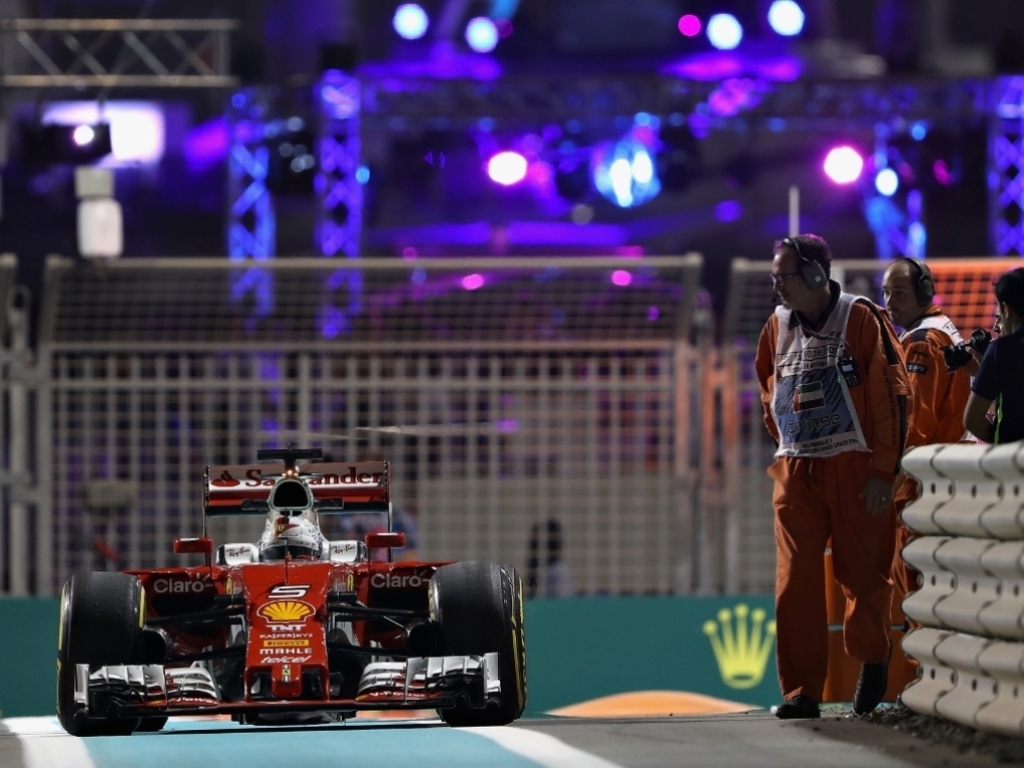 After retiring from the second practice session with a gearbox failure, Ferrari driver Sebastian Vettel revealed that it shouldn’t have any impact on the rest of the race weekend as wasn’t using his race gearbox.

During the closing stages of the practice under lights, Vettel pulled his SF16-H to the side and said he thinks his gearbox has failed, which proved correct.

However, despite expressing his disappointment, the German was encouraged with the way the day panned out as both he and his team-mate Kimi Raikkonen improved from FP1.

Vettel finished the day third fastest, while Raikkonen place behind the Red Bulls and held P6,

“It’s not ideal obviously on a Friday but it shouldn’t have an impact,” the quadruple World Champion said.

“It was quite interesting to look at the other cars. Usually I’m quite happy if I don’t get the chance but today I think it was interesting even though it was only a couple of laps. I think we got most of the homework done so we should be happy.

“I think it was a better Friday for us, actually it was a very good Friday. [In FP1] on a hot track we struggled a bit, this evening things calmed down, the car calmed down. So it was actually quite good, I felt quite happy.

“On the long run I struggled a bit with the fronts early on, maybe I was a bit too aggressive, but overall the car felt good to be honest. I think we should have good pace.

“Hopefully tomorrow we have similar feeling in quali and put the car where it belongs and then we should have a good race.”