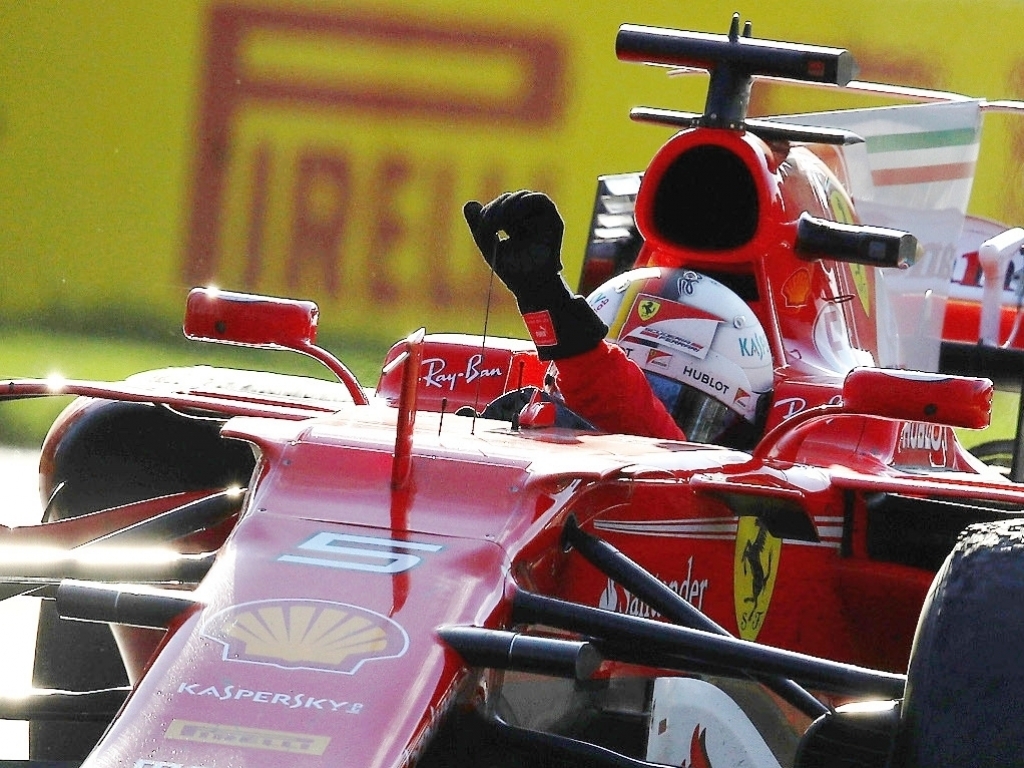 Sebastian Vettel is hoping that Sunday’s victory at the Australian Grand Prix is just the “beginning of a big love affair” with ‘Gina’, his SF70H.

Having claimed his first front row start since 2015 on Saturday, Vettel raced to the victory at the Albert Park circuit ahead of the Mercedes drivers.

The Ferrari driver crossed the line 9.9s ahead of Lewis Hamilton to win his first race since the 2015 Singapore GP.

Asked for his thoughts on his 2017 Ferrari, which he has named ‘Gina’, Vettel told the official F1 website: “I would say for the first time she was fantastic! Hopefully this is the beginning of a big love affair!

“Today [Sunday] felt very exceptional – especially after the difficult 2016 season, and a hard winter when a lot of heart and soul from all of us going into this car. The long nights and hard work were finally rewarded.”

He added: “You always try to build the best car possible – sometimes it works, sometimes not. But this time it seems to work.

“It was important that the team came to peace and that new ideas flourished.

“In the last few years Mercedes was the benchmark – let’s see how it will be this season.”

Sunday’s win means Vettel leads the championship ahead of Hamilton but stopped short of predicting a two-horse race between the two for this year’s World title.

“I would very much love to but I still believe that Mercedes is ahead – they’ve been in front the last couple of years,” he said.

“For us the start into the new season was superb, we couldn’t ask for more.”