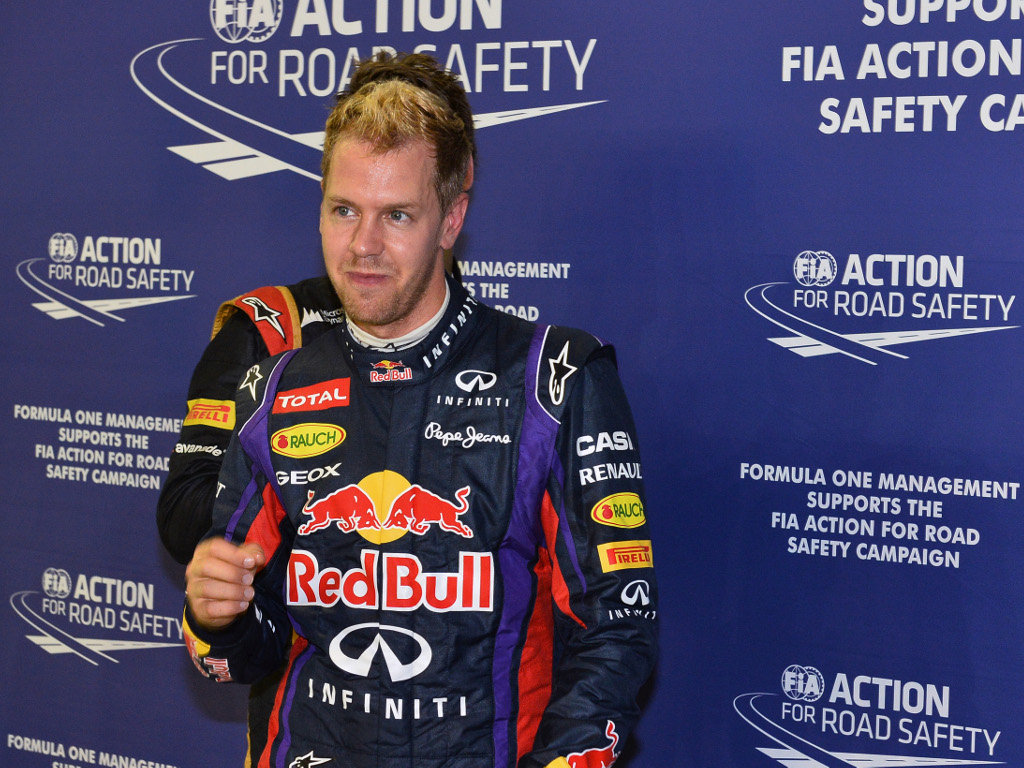 Sebastian Vettel says it was a “great feeling” to secure pole position in Singapore after suffering a nervous few minutes at the end of qualifying.

Having clocked a 1:42.841 in his first run in Q3, the German and his team felt that was good enough to ensure pole and he remained in the pits while his rivals went out for a late second run.

News quickly filtered through that Mark Webber was up in the first sector before Nico Rosberg and Romain Grosjean went purple in the second one after the other.

However, Vettel, nervously watching the timesheets, held on to pole by 0.091s ahead of Rosberg having been quickest in the final sector.

“It was a weird feeling because you stand in the garage with roughly two minutes to go and you know it’s too late,” he said.

“But it’s even worse when you see the others with their final attempt and you know there’s nothing you can do because you’re standing in the garage.

“I was watching the sector times very closely with Romain, Nico and Mark in particular.

“It was very close with Nico, so it’s a great feeling because obviously it could go wrong.

“Very happy with the result, the car has been phenomenal all weekend.”

He added “Yesterday the gap was unexpected but today the Mercedes is closer behind.”

Looking ahead to Sunday’s grand prix, Vettel admits that while starting from pole position at the street circuit is an advantage, he faces a tough challenge as his bids for his third successive Singapore GP victory.

“It’s one of the toughest we face the whole year, I would say the toughest both mentally and physically because one lap is so long and there are so many corners with hardly any room for mistakes.

“It is very bumpy plus the heat and humidity play a factor.

“Pole is the best position to start from so I’m very happy with that because it is tricky to pass on this track but because it is such a long race I think there are plenty of opportunities for all of us.

“Happy to start from pole, try to have a good start and then settle into a rhythm and see what we can do.”