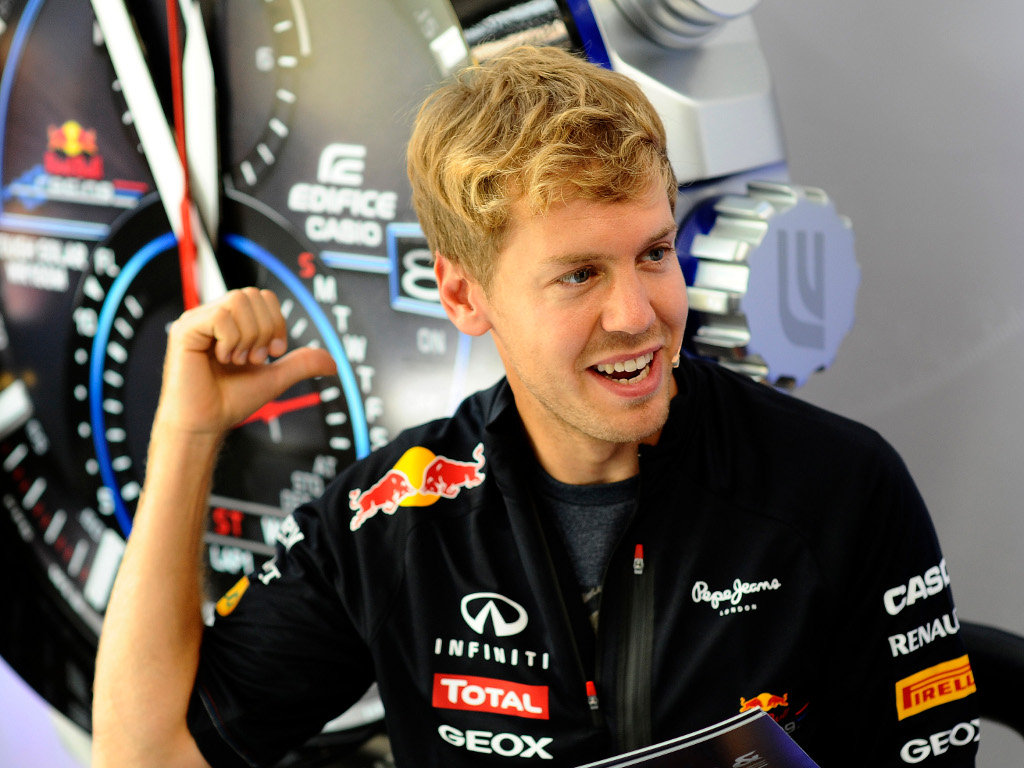 Grosjean will miss this weekend’s Italian Grand Prix after being slapped with a race ban for causing the first corner carnage at last Sunday’s Belgian GP.

But while many were calling for a severe punishment to be handed down on the Lotus driver, teaching him and others a lesson, Vettel reckons the stewards may have gone a bit overboard.

“I think it’s very difficult for the stewards to find the right penalty,” said the reigning World Champion.

“I think it’s very useful to talk amongst ourselves, which we do every weekend at the drivers’ briefing usually and when we feel that something was over the top or there was something wrong.

“Obviously, it’s not part of what you get to hear or see at the weekend but I think the drivers’ briefings can be pretty useful.

“As I said, in terms of finding the right penalty it’s maybe difficult for the stewards. I think the penalty for Romain is very harsh, not to let him race here.

“You will always try to find a comparison: he did this and now he got banned for one race; someone else did this but he got a drive-through; someone did this and he got a fine of €10,000 or whatever.

“That’s where the difficulty is for the stewards sometimes, to decide what is best to do. Not every final penalty is probably the right one at the time.”