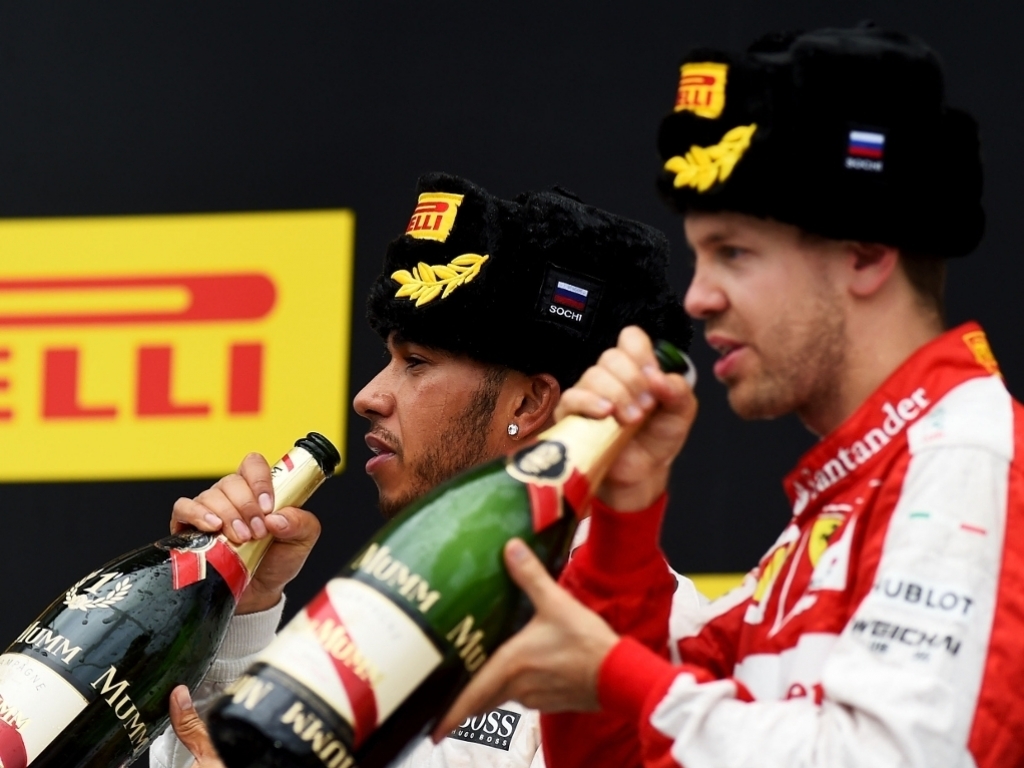 Although confident Ferrari are on the up, Sebastian Vettel admits his "slight chance" of catching Lewis Hamilton in Sochi was because the race winner wasn't "really pushing."

Vettel had an interesting race in Sochi on Sunday as he found himself in the middle of a game of strategy.

Choosing to pit four laps after Williams' Valtteri Bottas, the Ferrari driver was able to leapfrog the Finn.

That, though, did not put him up into second place as he still had to negotiate drivers who had pitted early during the race's second Safety Car.

Vettel made short work of Sergio Perez after which he set about hunting down Hamilton, who lead was around 12 seconds.

Although he closed the gap to 5.9s at the chequered flag, Vettel admits that was more because Hamilton wasn't really pushing.

"That is good news," he said when told Sunday's P2 was his fourth successive podium result.

"It was a very good race.

"The car was fantastic and just kept getting better.

"At some point I was hoping there was a slight chance to catch Lewis but he had such pace and I think he wasn't really pushing at the end.

"A great result but obviously it would have been nice to have both cars up on the podium which I think was possible, it was close.

"But very happy with how the race went."

But while catching Hamilton was still a step too far for Ferrari on Sunday, Vettel is confident the Scuderia are heading in the right direction.

"I hope so, that is our target.

"Obviously we want to be a bit better in the race and make sure we give a really really good challenge to the Mercedes.

"Currently they are still a bit ahead but I think we are doing a really good job.

"We are focusing on ourselves and gaining step by step, getting a bit closer.

"We are heading in a good direction and hopefully next year we can be a bit closer."

Vettel's P2 has put him up to second place in the Drivers' Championship where he trails Hamilton by 66 points.